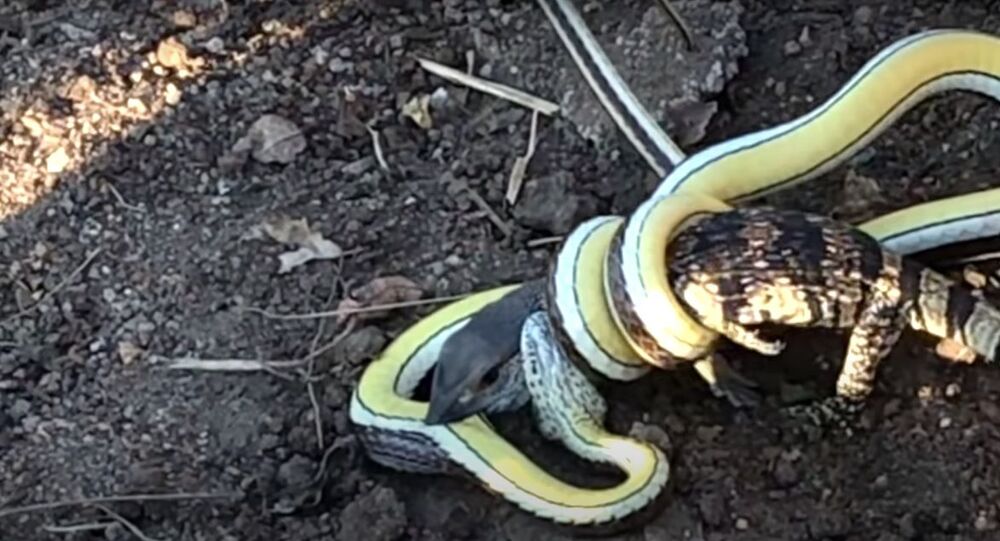 Despite cold-blooded or ectothermic reptiles like snakes and lizards having a lot in common, they have many differences, as snakes do not have eyelids, limbs, external ears, or forelimbs. Still, both species are known to be mainly carnivorous, as snakes eat small animals including lizards, frogs, and other reptiles.

A visitor to a South African safari park has captured on video a deadly battle between a baby monitor lizard and a sand snake.

"I was sitting on the porch, reading a book when I heard a noise – the next thing I saw was a triangle of reptiles! A western yellow-bellied sand snake and a young monitor lizard were both biting at each other. Neither was willing to let go and it was certainly going to be a proper battle to the death for these reptiles. At first, we were confused as to who the actual hunter was, and who was being hunted. Both creatures had a good grip and the balance of power seemed to keep shifting from one to the other", Kristy DeLange told Latestsightings.com.

The battle reportedly continued for two hours, and the snake finally constricted the lizard and had its grip around the lizards’ snout, leaving it without a way out.

The video has been published on the Kruger Sightings YouTube channel.