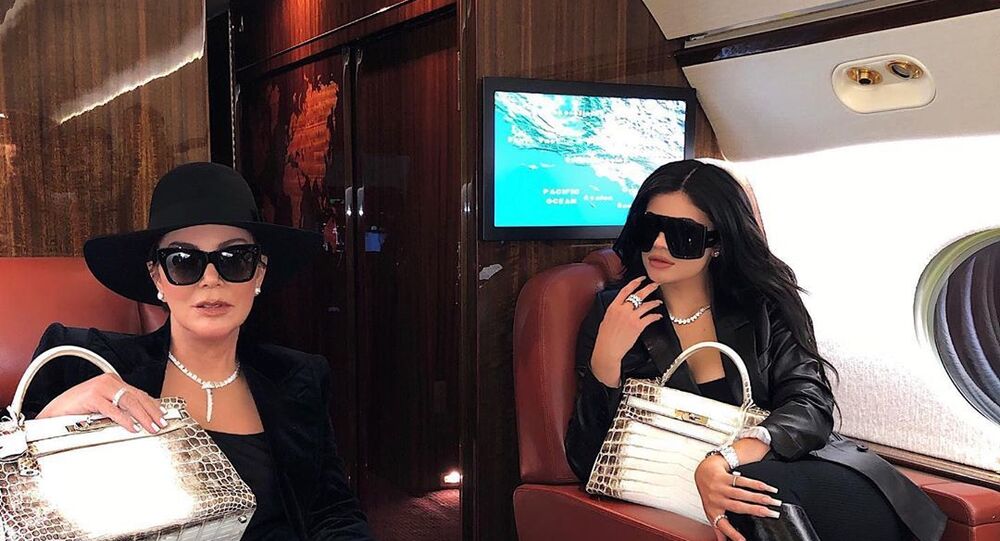 Kris and Kylie Jenner 'Fear Media Exposé Could Hurt Their Brand, Lead to Issues With Authorities'

Media reports estimate that the Kardashian-Jenner family’s net worth is $1.5 billion. The most wealthy member of the family, which became famous for the reality television show Keeping Up With The Kardashians, is 22-year-old Kylie Jenner, who last year was named the world’s youngest billionaire.

Kris and Kylie Jenner fear a Forbes exposé article on Kylie’s cosmetics company could tarnish the family’s reputation and the brand that Kris Jenner spent years building, an anonymous source told The Sun.

"Kris and Kylie are freaking out and fear that this is going to hurt their brand, and even worse, they could be in trouble with the government", an unnamed source told the newspaper. The tabloid also cited family sources as saying that both women are on edge.

The Sun's report caused angry comments on social media with netizens saying that both women should be more worried about the coronavirus pandemic or protests against police brutality in the United States.

@KrisJenner you are a crybaby. Get over yourself. We got way bigger problems in this country! pic.twitter.com/rXmLz0Gcux

Ah, poor things. Thousands are dying from a virus; utter chaos is raging through our streets, and they're worried about Kylie's billionaire status. Air Heads do exist.

​Other users lambasted the Kardashian-Jenner family for narcissism and immoral behaviour.

​Still others made fun of the way Kylie Jenner responded to the Forbes article.

​In 2019, Forbes named Kylie Jenner the world's youngest billionaire, yet in its report on 29 May the magazine wrote that Kylie Jenner allegedly overestimated the value of her business and consequently her own net worth.

The business magazine even claimed that the Kardashian-Jenner family went to great lengths to "inflate" the size and success of her business by "inviting Forbes into their mansions and CPA’s offices, and even creating tax returns that were likely forged". Forbes estimated Kylie Jenner's net worth at just under $900 million.

At the same time, the magazine said it could not prove that the tax returns were fake, but noted that it is "clear" that Kylie and her entourage lied about the success of her company Kylie Comestics.

what am i even waking up to. i thought this was a reputable site.. all i see are a number of inaccurate statements and unproven assumptions lol. i’ve never asked for any title or tried to lie my way there EVER. period

“even creating tax returns that were likely forged” that’s your proof? so you just THOUGHT they were forged? like actually what am i reading.