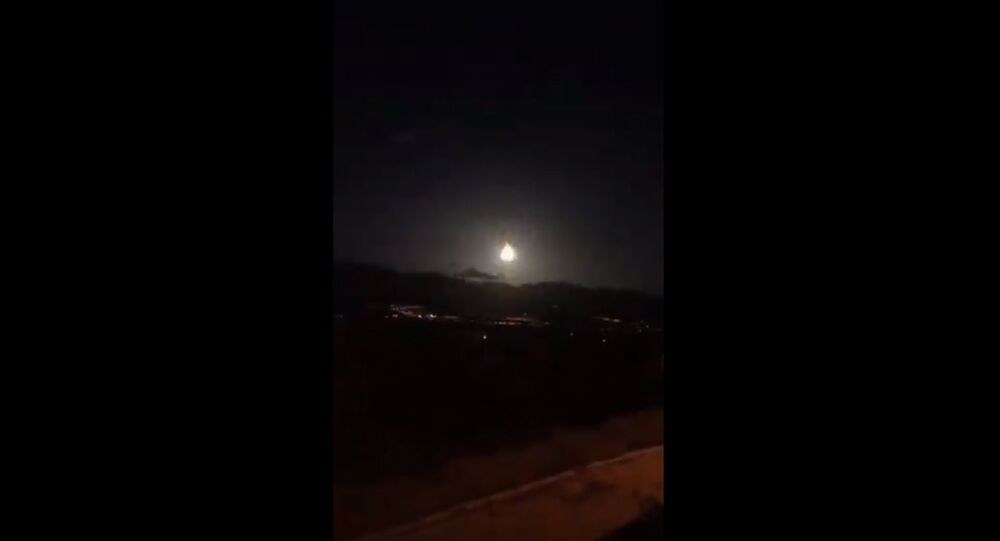 According to some social media users, it would not be 2020 if some major cosmic event did not take place amid the ongoing pandemic, political turbulence and global economic strain. Well, it seems like the universe has heard us.

Videos of a supposed meteorite sweeping across the sky of Northern Turkey before exploding like a light bomb were shared online by eyewitnesses from several provinces over the last two days. The observers reported that the event took place on Wednesday at around 8:30 p.m. local time and according to the Daily Sabah was confirmed by authorities in the Black Sea province of Trabzon.

Is meteorite fall in Turkey ? Oh my 😳
Many of of people from other cities also saw it , what s going on @NASA , you should explain it .
pic.twitter.com/trFJU6mCEO

The images of the meteorite were captured last night by CCTV cameras in Turkey's border provinces.🌠🌠🌠

2020 wouldn’t be 2020 without a meteorite falling... in turkey pic.twitter.com/xat5eiKSDw

“It is seen that it is going from Erzurum to Artvin, and it has likely fallen to Sochi or Georgia,” the researcher said. “According to our first assessments, we think that it may have fallen into the sea.”

Similar footage supposedly featuring the same object was earlier shared by the head of Armenia’s Hydrometeorology and Monitoring Service, Gagik Surenyan. The official dubbed the object a “big meteorite” that was also witnessed on the evening of 27 May, but the observers suggested at that time that it could have fallen in the vicinity of the town of Hrazdan, several dozens of kilometres from the capital Yerevan.

© CC0 / urikyo33 / asteroid
'Fast & Furious' Aten-Class Asteroid Will Closely Approach Earth This June
However, it was not confirmed whether the stargazers in two neighbouring countries captured the same object on camera, although the possibility seems likely.

According to Ünsalan, Turkish researchers have been in contact with NASA to determine the nature of the ball of light. Meteorites are debris from space objects, including asteroids or comets, and unlike meteoroids, they do not burn in the atmosphere but manage to strike the Earth; they are accompanied by a magnificent streak of light and even a small earthquake.