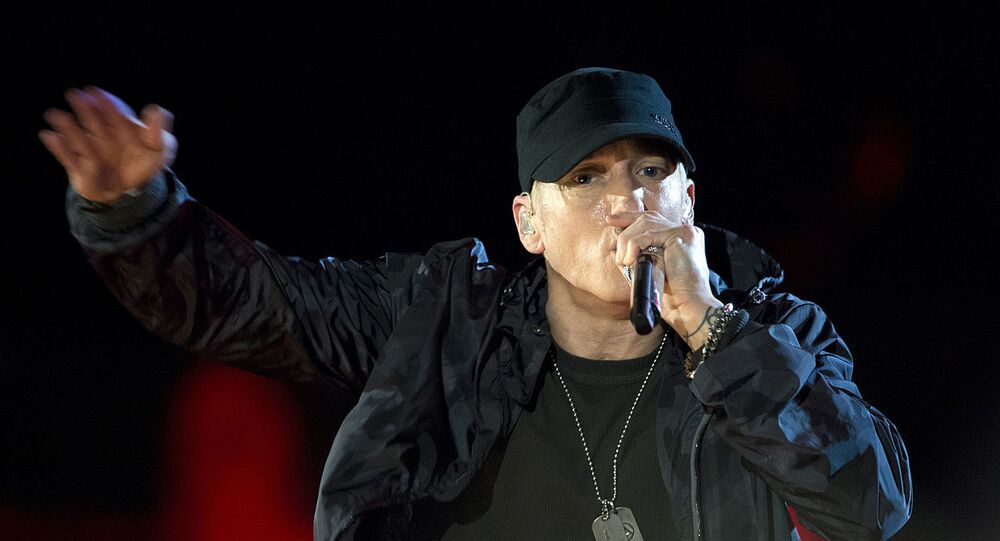 'Text Me, I'll Hit You Back:' Eminem Leaks His Phone Number for Fans

Will the Real Slim Shady please pick up? No, he won't – but he will keep you updated on upcoming events and try to sell tickets and merch directly through your DMs.

Millions of fans can now text Eminem after he voluntarily shared his "personal" phone number.

The rapper dropped the digits - 313-666-7440 - on Tuesday on Instagram and Twitter, where he has 53 million followers combined.

"Dear Stan, I meant to write you sooner, but I just been busy," he wrote in a reference to his 2000 hit Stan about a dangerously obsessed fan who becomes unhinged and commits a murder-suicide because his letters to Eminem aren't answered quickly enough. "Text me, ill hit you back."

Of course it isn't Eminem's real phone number and he isn't going to text all of his legions of Stans. The number he shared is actually one given by a platform called Community which allows celebrities to engage with their fans.

Anyone who texts a message (the service only works for US-based users for now) receives an instant automated reply: "Yo, it’s Em, hit the link to get added to my contacts. I’ll be back with the plans for this week!"

The link in the reply redirects to Eminem's page, where an eager fan has to add themselves to the rapper's contact list to get updates on the rapper's concerts, music and other products.

Eminem isn't the first A-lister to use this service, which is essentially newsletters but with slightly more intimate connectivity. The start-up has already enlisted more than 500 artists and other celebrities including Paul McCartney, Jennifer Lopez, Amy Schumer, The Jonas Brothers, Kerry Washington and Ashton Kutcher, whose Sound Ventures has invested in the startup.