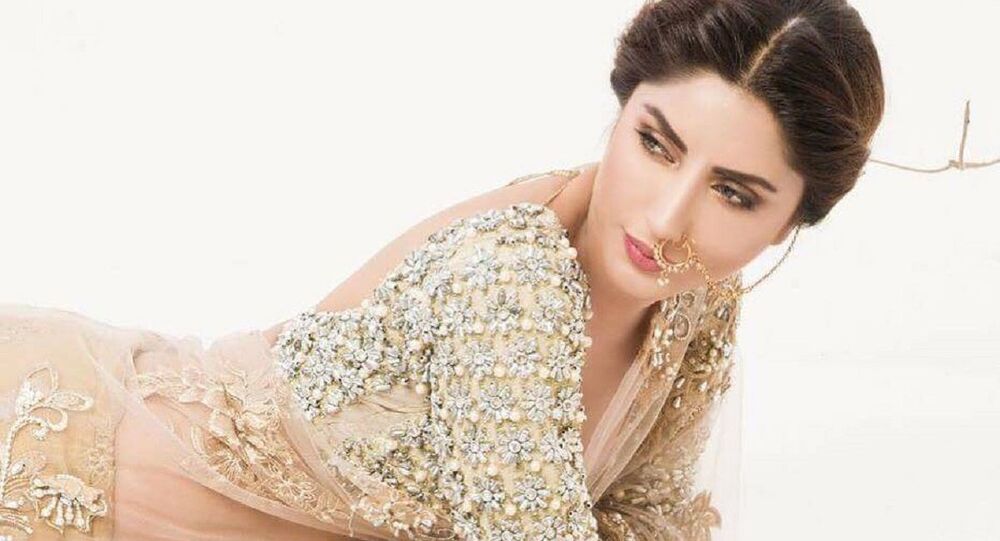 New Delhi (Sputnik): Pakistani Actress Uzma Khan has become the latest victim of a leaked video on a social media platform. The controversy escalated on Wednesday when a video purportedly showed a woman accusing Uzma of having extramarital affair with her husband, Usman.

Actress Uzma Khan filed a police complaint against two women, who she claimed are the daughters of business tycoon Malik Riaz, after her house was vandalised by armed gunman. In a recent social media post, the actress alleged that her life was put in danger as a result of a fight against the “strongest people of Pakistan”.

"I have been shamed, harassed, been threatened to kill in the past three days. I feel like I have nothing to loose now and I have decided to fight the strongest people of Pakistan," Uzma said. Adding, "For me it is either I get justice or I get killed but there will be no turning back now."

In a video which has been widely shared on social media, Uzma and her sister Huma were purportedly seen confronted and threatened by a woman for having affair with her husband, Usman, who claims to have caught her red-handed. Another video of the incident showed the actress's house being vandalised and few men allegedly assaulting the two sisters.

#AmnaUsman is totally lying on 2nd husband House . It was #UzmaKhan house proof is dresses in the room & cabinets were of uzma, they tried to burn them, when she said take out all the dresses and sheos out i will put them on fire .It shows she is lying to save her ass now. pic.twitter.com/SzXTcXFZYj

Malik Riaz, one of the leading realtors of Pakistan, has denied the allegations, calling it “malicious propaganda”

I categorically rebut this malicious propaganda associating me with a viral video.Usman is not my nephew.I'm appalled at such below the belt attempt to malign me for something I'm not involved in any capacity. (1/2)

The actress also alleged sexual harassment and requested that Punjab police conduct a medical examination of her and Huma (sister) before the wounds start to heal.

This is my official statement - Remember your gunmen pointed their guns towards two orphans and sexually harassed. We might be weak but now we have faith in Allah and people of Pakistan. I request you to share my statement and standby me in my difficult times. #uzmakhan pic.twitter.com/0QNgBUlTRb

Meanwhile, a woman who identified herself as Amna Usman, wife of Usman claimed that her husband was having an extramarital affair with actress Uzma Khan, while businessman Malik Riaz has nothing to do with the controversy.

“I’ve repeatedly warned Uzma not to wreck my 13-year-old marriage but she continued seeing my husband,” she said adding that it is her husband she blames the most.

‘May Allah Punish Those Who Made Video Viral’: Pakistani Pop Singer After X-Rated Video Leak