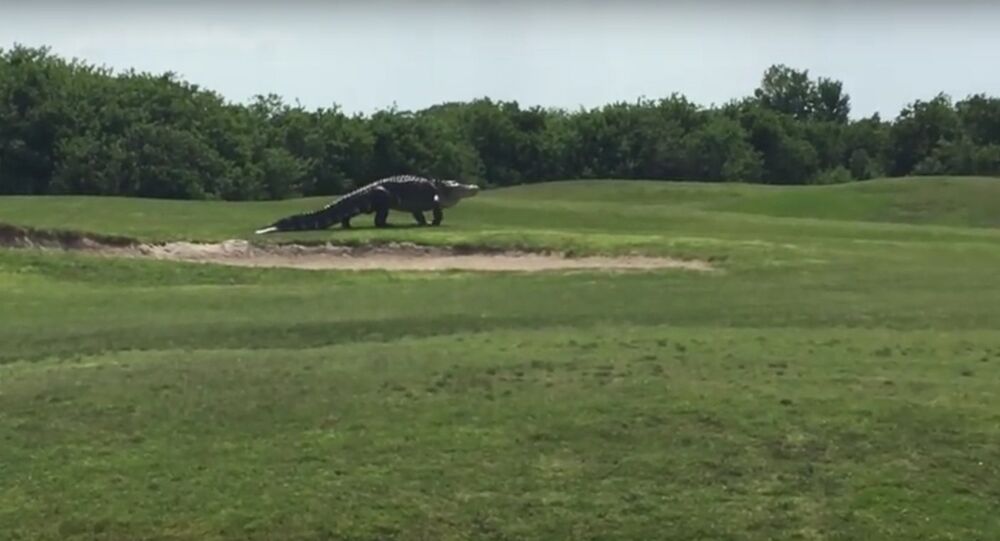 Don’t Mind Us: Two Giant Alligators Engage in Fierce Fight on Golf Course in US - Video

The world’s "house arrest" caused by the coronavirus pandemic has turned out to be a blessing for nature and animals, which have been strolling elegantly around on central streets in giant megalopolises without fear.

A group of golfers in South Carolina in the United States became witnesses of a fierce fight between two alligators. According to Matthew Profit, who shot the video, he and his friends were walking onto the 18th at Hilton Head lakes when they noticed rapid movements on the court. Upon closer examination, they saw a pair of giant alligators bighting each other.

​Most of us would have contacted the golf course’s management or the authorities - or simply walked away, but Matthew and his friends continued playing golf. "We were pretty sure they wouldn’t mess with us, because they were locked in on each other. We see an alligator pretty much every day. But that is the first time we’ve seen anything like that", Profit told the Island Packet newspaper. He went on to say that the battle continued for more than two hours and ended with the fighters each going their own way.

Alligators become active during mating season, which lasts from April to June, with females building nests, while males fight over territory. Attacks on people are rare; however, in South Carolina, in recent years there have been a number of cases. Earlier this month, a 58-year-old woman was killed after she decided to go close to an alligator that was in a pond.