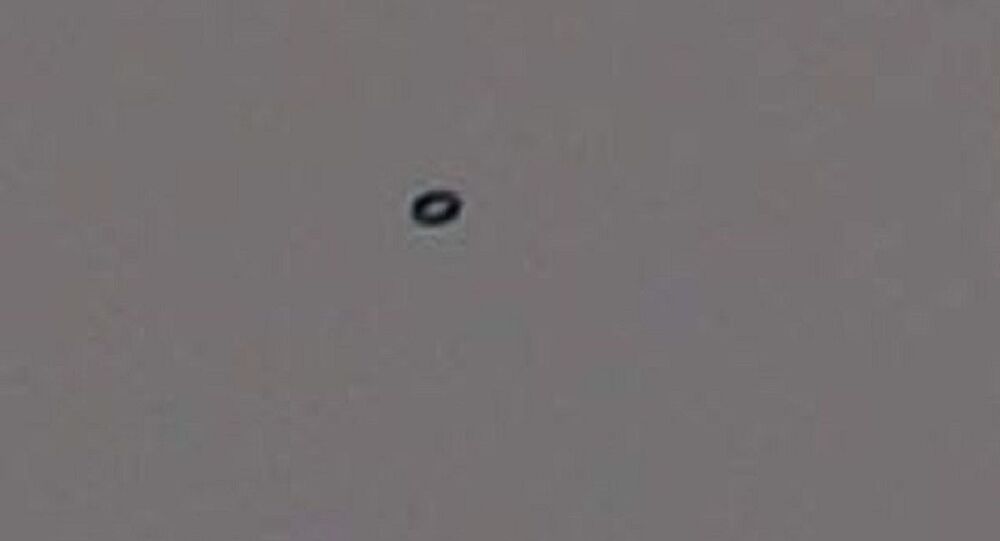 These eerie-looking objects have been spotted around the world, including in North America, Asia, and Europe. Most recently, the circle-shaped object was seen floating over New York City in March in broad daylight for several minutes before fading away.

A mysterious ring of black smoke that was spotted in the sky over the town of Nimbin, Australia has sparked heated debate among local residents. Kaz Woodall, who noticed it while she was taking a stroll with her friend, said that she was stunned by the sighting. "We were both like 'what the f**k is that? I’ve never seen anything like this'", Woodall said.

According to the woman, the object was spinning on its axis and floated over the hills before it stopped right above them and ceased spinning. Being awestruck and wanting an explanation, Woodall went home and started reading about the object on the Internet and found that people in other parts of the world had also encountered it. However, none of them knew the origin of the eerie circle.

The woman then posted photos of the black smoke ring on the town’s community Facebook page, hoping to get an explanation.

Her post received mixed responses, with some users joking that the mysterious object is “a 5G drone spreading corona virus with chemtrails!!”

"If you zoom in close enough you can see Bill Gates piloting it with vaccines in his left hand", wrote another user.

Others thought that the object could have been a drone.

Many users contended that the black smoke ring was of extraterrestrial origin. "My friend in California saw it too. Said it looked like an alien thing", wrote one netizen. Other residents of Nimbin revealed that they had also encountered the mysterious object, both in Australia and in other parts of the world.