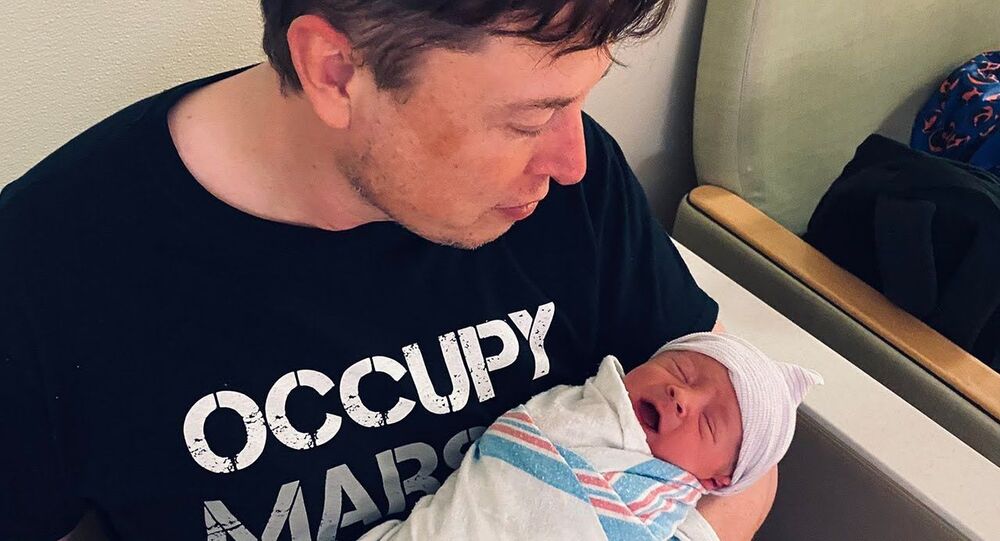 Elon Musk is known for being eccentric. He insults US officials online in Russian, works tirelessly on Tesla’s new products, and then wipes $14 billion off the company’s value with one post on Twitter. So it’s no wonder that when Musk had a baby with an even more eccentric musician, Grimes, the two came up with possibly the strangest name ever.

© AP Photo / Evan Agostini
X Æ A-12 Musk - Grimes Reveals Meaning of Her and Elon's Newborn Baby Name
Social media users were unimpressed by the new name that tech maverick Elon Musk and his girlfriend Claire Boucher, known as Grimes, gave to their newborn. The previous name – X Æ A-12 ran counter to laws in California, where the couple is staying and which allows names containing the 26 letters of the English alphabet, as well as hyphens and apostrophes. Speaking with her fans on social media, Grimes announced that the couple had come up with a new name - X Æ A-Xii.

Many netizens didn’t appreciate it. Some users said that the boy would be bullied at school for his parents’ eccentric decisions.

Are they truly hoping the poor child will get bullied every day? Nutjobs!

While others lauded the couple and said that they can put up with the weird name because Musk, in their opinion, is the smartest man on Earth.

Errr idk. He’s a nut but Elon’s one of the smartest minds we have. I’ll take a weirdly named offspring of his

​Some netizens suggested their own variants.

The Infant Formerly Known As X Æ A-12

​Others joked about how Grimes and Musk would explain to their firstborn how they came up with the unusual name and said that the couple’s naming update is better suited for software.

Elon and Grimes explaining to X Æ A-Xii how they updated his name pic.twitter.com/S5zbGJsMFU