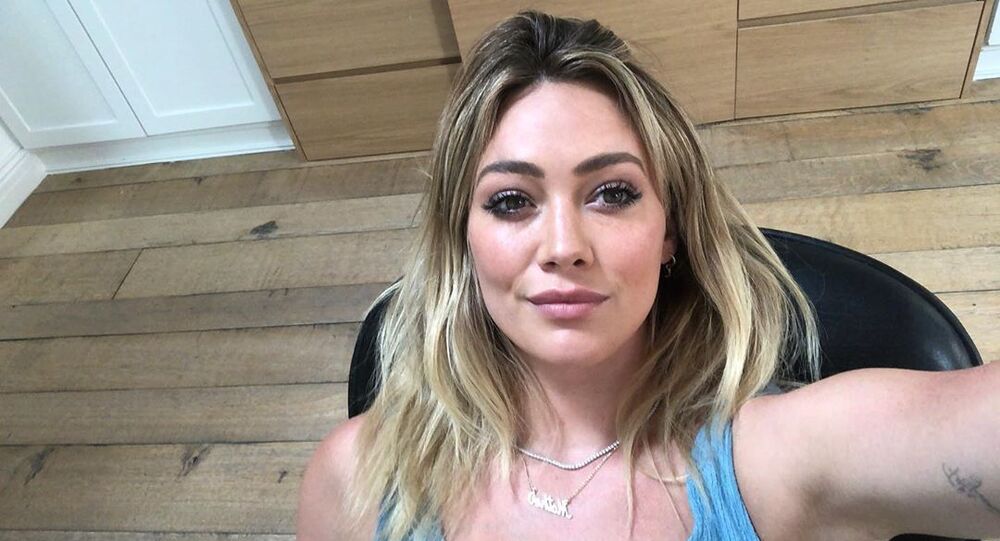 The 32-year-old is not the first celebrity to fall victim to online conspiracy theories. In March, reports emerged online that talk show queen Oprah Winfrey had been arrested on sex trafficking charges and that the 66-year-old ran a sex network together with disgraced Hollywood producer Harvey Weinstein.

Actress and singer Hilary Duff has hit out at statements on social media, claiming that she is involved in child trafficking and even used her son for that purpose. The actress’s name began trending on Twitter after a user, whose account is now deleted, posted a photo of Duff’s son Luca, taken from her old Instagram story. The image showed a naked boy with lotion on his body. In the caption the Twitter user accused Duff of being a member of a child trafficking ring and even claimed she tried to sell her own child.

In another post, which has been deleted, a Twitter user claimed that Duff’s ex-husband NHL player Mike Comrie had been trying to get custody of their son Luca for years.

Duff decided to take to Twitter herself to address the allegations, which she called “disgusting”.

Everyone bored af right now I know..but this is actually disgusting..... whoever dreamed this one up and put this garbage into the universe should take a break from their damn phone. Maybe get a hobby

​Duff is not the first celebrity to fall victim to online conspiracy theories. In March, reports emerged on Twitter claiming talk show queen and businesswoman Oprah Winfrey had been arrested on sex trafficking charges. Users alleged that the 66-year-old ran a sex network together with disgraced Hollywood mogul Harvey Weinstein.

According to the conspiracy theory, Weinstein, who was convicted on sex assault and rape, decided to report Winfrey to the authorities in order to reduce his jail sentence. Users also claimed that actors Tom Hanks and journalist Gayle King were involved in it as well.

Winfrey categorically dismissed the rumours on Twitter calling them awful.

Just got a phone call that my name is trending. And being trolled for some awful FAKE thing. It’s NOT TRUE. Haven’t been raided, or arrested. Just sanitizing and self distancing with the rest of the world. Stay safe everybody.🙏🏾