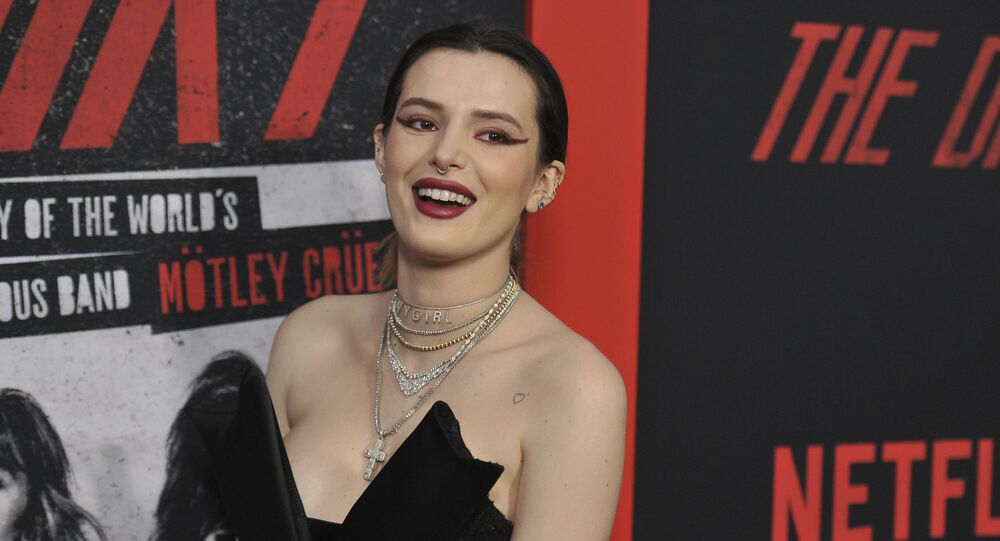 The actress happily saw a trailer for her movie Infamous drop last week, with her followers eagerly watching the teaser for a new Bonnie and Clyde story slated for screenings starting on 12 June.

Former Disney child star Bella Thorne has proved a million times that she knows perfectly well how to lighten up the atmosphere as a big part of the world has already entered a third month of corona-induced self-isolation.

This time, she went still further, not merely easing her fans’ tensions, but heating the mood up, as she flaunted her slim limbs in a new selfie, wearing merely skivvies and a slight tucked-up sea-through black blouse.

What % of my body are legs?

“What % of my body are legs?”, the brown-eyed beauty asked saucily, appealing to her colossal army of fans and prompting expected replies.

“Doesn’t matter the percentage because whatever it is, it’s the right one", one gushed.

“Here is the 🔨hammer break the internet babe", another praised Thorne’s update.

In the picture, like in a few previous ones, she likewise rocked a messy-chic hairstyle, showing off her newly dyed locks.

The singer and socialite, who has been staying at her California mansion throughout the corona crisis, is understood to be preparing to hit the small screen soon with the upcoming series Paradise City.

She also has several other projects in the works, both pre- and post-production - including soon-to-be released action thriller Infamous, which tells the story of the couple Arielle (Bella) and Dean (Jake Manley) venturing out on a bank-robbing rampage. The trailer came out last week, promising enough time for a fresh Bonnie and Clyde story to be appreciated by avid online cinema enthusiasts.

Infamous is set for a digital release, with screenings slated to take place in a number of “virtual cinemas”, on 12 June, as the anti-coronavirus measures are projected to continue. Thorne has four other film projects in the post-production stage: Habit, Leave Not One Alive, Girl, and The Babysitter 2.