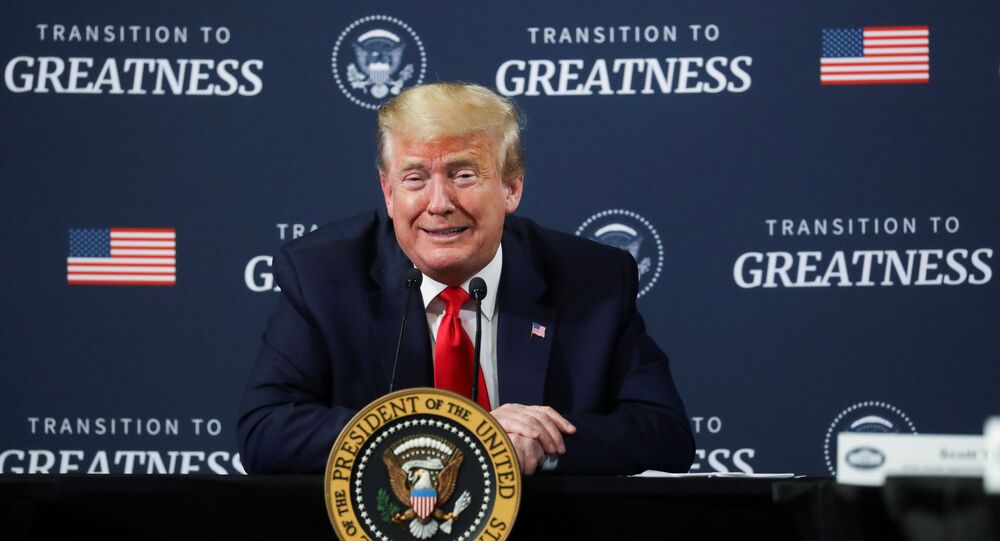 Trump 'Tested Positively Toward Negative' For COVID-19. What?

As several members of the White House staff self-isolate themselves amid possible contacts with a person who tested positive for COVID-19, US President Donald Trump claims that he is tested daily and is taking precautionary measures to protect himself from the disease - while some netizens are asking for protection from the way he updates.

US President Donald Trump - in an extraordinary manner - announced on Thursday that he does not have the coronavirus after having been tested that morning. He delivered the news in a dramatic way that left netizens pondering whether they actually understood his message. According to Trump, he "tested very positively in another sense". To be more precise, he "tested positively toward negative".

Trump described his test results as "perfect". In the end, the President finally clarified that he had again tested negative for the coronavirus.

Here is a quote from Trump:

​The flowery quote immediately caused waves on Twitter, as users went on to try and decipher the message.

I’m positively in pain from listening to that.

Why is it so difficult for him to say “I tested negative for the virus again just this morning?”

The netizens remembered pretty much every praise Trump gave himself for his eloquence.

​Twitterati also noted that Trump tends to be "sarcastic" often, noting that calling everything a joke may eventually stop working, especially in the light of the upcoming presidential election.

@GOP This WILL be a part of many Democratic campaigns. And if anybody dares to say he was "just joking" or being "sarcastic", he's already used up all those playing cards.

​And some even got creative and went on to make a parody.

​Earlier in the week, Trump claimed that he is taking hydroxychloroquine as a preventive measure against COVID-19, receiving criticizm and concern from medical professionals for supporting the use of an anti-malaria drug that has not been clinically confirmed to be effective against the coronavirus. Following the claim that was taking the drug, Trump then announced that he would end his purported hydroxychloroquine regimen before the end of the week.

Trump Says His Hydroxychloroquine Regimen Will End This Week