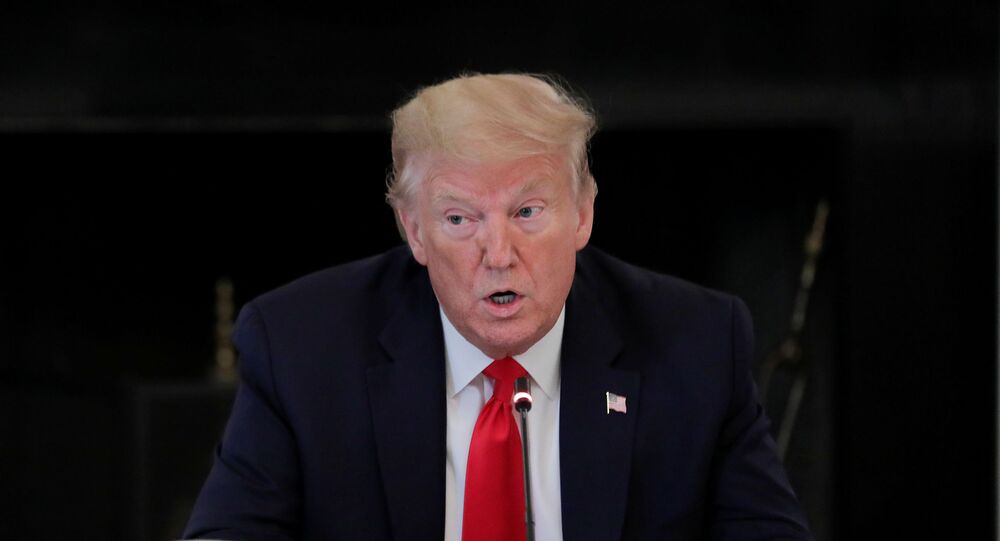 While some social media users proceeded to savage Trump online, at least one person argued that perhaps looking for a “new outlet” is not something a POTUS should be doing.

US President Donald Trump has had some rather unflattering things to say about Fox News recently, following the remarks host Neil Cavuto made about hydroxychloroquine, a drug used to both prevent and treat malaria and some autoimmune diseases.

Earlier, Trump revealed that he has been taking the drug "for about a week and a half" as a preventive measure against COVID-19, even though last month the US Food and Drug Administration warned against using hydroxychloroquine against the new coronavirus outside of a hospital setting.

Cavuto, however, pointed at a Department of Veteran Affairs' study of the drug that was conducted on on veterans hospitalized with COVID-19, which "saw a higher mortality rate among those treated with the drug alone", according to Newsweek.

"If you are in a risky population here, and you are taking this as a preventative treatment [...] it will kill you. I cannot stress this enough. This will kill you." pic.twitter.com/gvRtdwby1t

​"Those with vulnerable conditions, respiratory conditions, heart ailments, they died", Cavuto said, adding that the drug "will kill" members of the "risky population" who'd take it to ward off the coronavirus.

"Fox News is no longer the same. We miss the great Roger Ailes. You have more anti-Trump people, by far, than ever before”, the president complained in response. "Looking for a new outlet!"

.@FoxNews is no longer the same. We miss the great Roger Ailes. You have more anti-Trump people, by far, than ever before. Looking for a new outlet! https://t.co/jXxsF0flUM

​Trump's tweet, however, has triggered a barrage of criticism and mockery directed at him.

Omg you really must be on hydroxychloroquine and adderall and chicken McNuggets and Clorox. #Cavuto was trying to help you, you #morbidlyobese, genocidal gaslighting ghoul.

Some netizens even argued that “looking for a new outlet” is probably not something the President of the United States should do.

Democratically elected presidents don't "look for a new outlet," they don't run propaganda machines. The press in this country is supposed to be free & independent & no more a tool of the presidency that the Justice Department is supposed to be.

However, there were also those who seemed to agree with Trump's assessment.

After Ailes was wrongfully terminated a pack of liberals moved in and decided that being more like @CNN was a great game plan.

Guys like Cavuto will give rise to @OANN who will hopefully become the new REAL NEWS leaders.