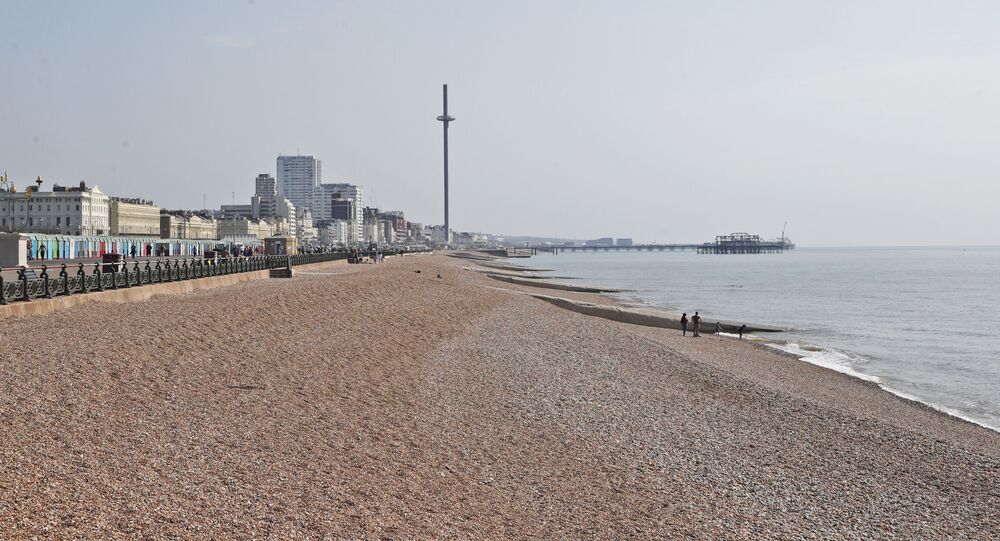 Despite the creature's somewhat unusual appearance, the lady who found it said that someone has already suggested what species of fish it might belong to.

A peculiar discovery was recently made by a couple taking a stroll along the beach in Brighton, England, as they stumbled upon the remains of a rather bizarre-looking creature, the Daily Star reports.

According to the newspaper, the creature had "a pink and grey colouring on its head, black eyes, white lumps on its body, and a long spiny tail" with "teethlike protrusions".

​As Leah Dennison, the lady who made the find, explained, she and her partner spotted the carcass “on the beach near Shoreham harbour" while taking their "daily exercise walk".

"We had no idea what it was, so took a video of the skeleton to show our friends and get someone to identify it", she said. "It looked like it had teeth on its tail, it’s bonkers!"

Leah also noted that someone told them the creature in question might've been a thornback ray, which the newspaper describes as "the most commonly encountered ray around the British Isles".