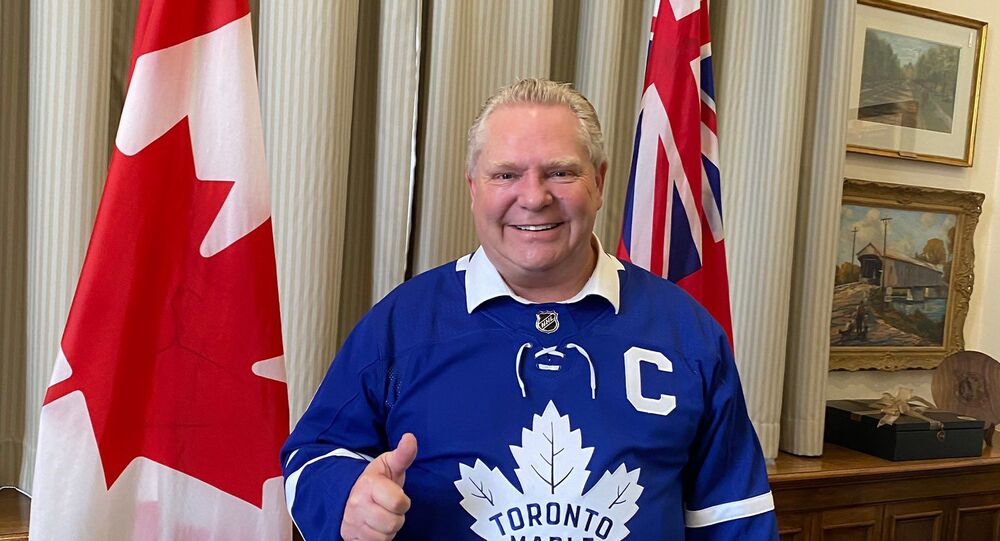 Ford has been lauded for how he and his government have dealt with the coronavirus pandemic. The official has drawn praise from critics for introducing housing, job and protection laws. Prior to pandemic, his progressive conservative government had advocated cuts in social welfare to address the province’s $ 11.7 billion deficit.

Ontario premier Doug Ford has not excluded the possibility of running for the post of prime minister. During a daily press briefing on the coronavirus situation in the country, the 55-year-old, who served as Toronto city councilor between 2010-2014, was incorrectly addressed as "prime minister Ford" by a French speaking reporter of Canadian Broadcasting Corporation (CBC). Ford was quick to react. "Not yet", he replied. The video became viral and has been shared widely on social media.

“My question is for prime minister Ford-”

​Translation-wise (technically) the reporter was not incorrect. An Ontario premier becomes "premier ministre de l’Ontario". This is not the first time premier Ford has gone viral. At the end of April, he was asked to comment on demonstrators gathering to protest the lockdown measures introduced by Canadian authorities to curb the spread of the coronavirus. Some protesters held placards saying that the disease that infected over 4 million worldwide and killed almost 300,000, is a hoax invented by governments to vaccinate people.

Ford lambasted demonstrators for putting themselves and other Canadians in jeopardy. “We have healthcare workers down the street at these hospitals working round the clock, to protect the community and 99.9 percent of people in this province are working together side by side, that’s the reason we’re able to see a flattening curve”, said Ford calling demonstrators “a bunch of yahoos”.

His answer was turned into an auto-tune song, which received half a million views on YouTube.