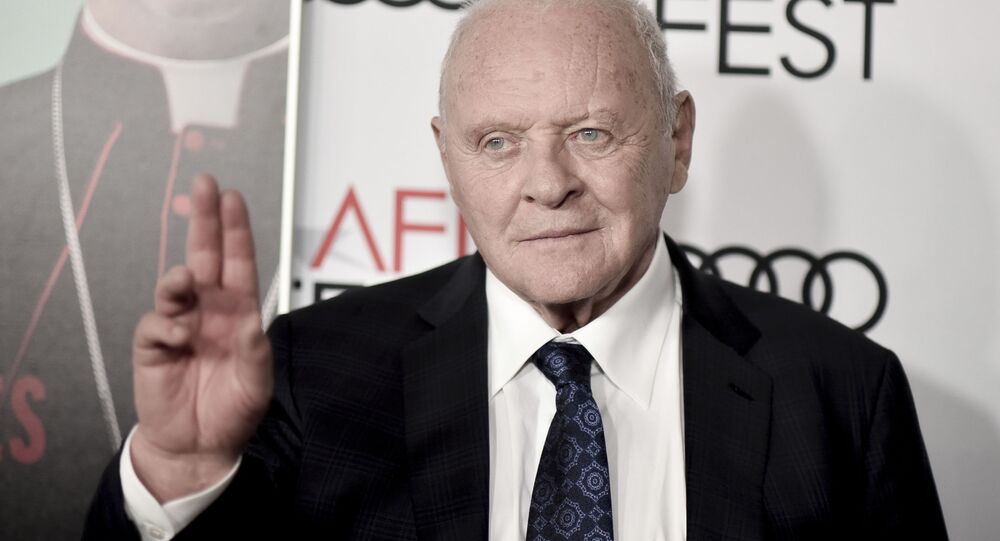 With the incessant torrent of dire news coming in every day, what the world really needs right now is more videos from Sir Anthony Hopkins. The iconic 82-year-old actor posts heartwarming messages on social media, wishing people a happy day and calling on them to smile even though their hearts are aching.

Cinema legend Sir Anthony Hopkins has again melted the hearts of social media users with his version of the Toosie Slide dance challenge. The challenge is based on the song by Canadian rapper Drake, released together with a music video in which the singer dances to the lyrics: "Right foot up, left foot slide, left foot up, right foot slide". The song and Drake’s dance moves became extremely popular and spawned numerous variations on social media, with numerous celebrities taking part in the challenge.

The #ToosieSlide challenge now has over 4 billion views, a simple but fantastic social media marketing move from @Drake 🏆 pic.twitter.com/zuzk976IYJ

​But that was long ago, in April. Hopkins admitted that he is a bit late to the party, but noted that “better late than never”. The Oscar-winning star colleagues Arnold Schwarzenegger and Sylvester Stallone to take part.

​It seems that Hopkin's version of the challenge stole the hearts of social media users.

If he hadn't already been Knighted by the Queen, I would start a petition to do it now.

​Others professed their love and called on the actor to stay safe during the pandemic.

​The Silence of the Lambs star frequently updates his million-strong army of followers on how he spends his time during the lockdown, primarily painting and playing music.

Sir Anthony also records touching messages to followers, urging them to stay positive during the pandemic.

Even though the heart is breaking, try to keep smiling through...