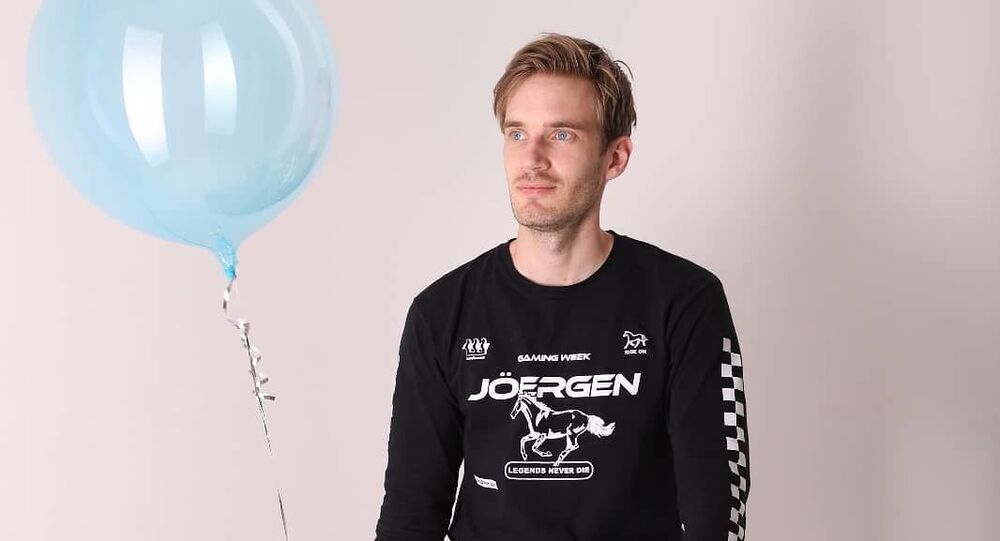 Vlogger-gamer PewDiePie has signed an exclusive live-streaming deal with YouTube, after announcing almost exactly a year ago he would be streaming exclusively on DLive platform.

​According to a press release, PewDiePie, whose real name is Felix Kjellberg, is excited to return to YouTube after his stint with the rival small blockchain-based live-streaming site.

“YouTube has been my home for over a decade now and live streaming on the platform feels like a natural fit as I continue to look for new ways to create content and interact with fans worldwide," Felix "PewDiePie" Kjellberg said in a press release.

YouTube's biggest independent video-maker, who boasts over 104 million subscribers, added that new features influenced his decision to return to live-streaming on YouTube, as the platform’s esports (electronic sports) additions have quickly made it a top competitor to Twitch.

“Live streaming is something I’m focusing a lot on in 2020 and beyond, so to be able to partner with YouTube and be at the forefront of new product features is special and exciting for the future.”

However, in April 2019 he announced he would no longer be live-streaming on YouTube and would instead move to Dlive, a platform using blockchain cryptocurrency, which promised more lucrative financial returns for content creators, taking a significantly smaller cut of the donations and earnings.

Announcing the move at the time, the content-creator said:

"I think it's cool to have a creator-based website that actually puts creators first.”

Having gained around 822,000 followers on the new platform, PewDiePie, nevertheless, returns within the YouTube fold amid a battle among top esports platforms to score exclusivity with the gaming industry's biggest influencers.

Lately YouTube has been landing exclusive live-streaming deals with celebrities like CouRage, Typical Gamer, and Valkyrae.
News of the deal sparked a swift response among netizens with many applauding the move to YouTube.

Really cool! The 👑 is back!

What is wrong with him? He's just a happy person making enjoyable content. On top of that, he has a strong connection with his audience and he has been making daily videos for over a decade. That shows that he is dedicated to his channel and he loves his audience.

Pewds is a wonderful human being. I dont understand where all the hate is coming from. I will enjoy seeing him stream on @YouTubeGaming. Thank you for making it happen! pic.twitter.com/iehyQvJYjX

Easily the best pickup in the streamer wars yet. GOAT.

Show 'em how it's done Pewds.
He went to a different platform before

​Some wondered what had happened with the DLive deal.

​Some, however, showed less enthusiasm and recalled previous controversies linked to the gamer’s name.

The Neo-Nazi dogwhistler that you dropped before?

YouTube addressing the Nazi problem by paying someone who often drops Nazi dogwhistles and slurs.

​PewDiePie fans were quick to reproach those who posted negative comments.

Man just shut up. Someone who has recorded and streamed hundreds of hours of their life are always bound to make a mistake somewhere. He got angry in a game and said the n word 3 years ago and apologised. Big deal. Get over it.

how can you hate on pewds