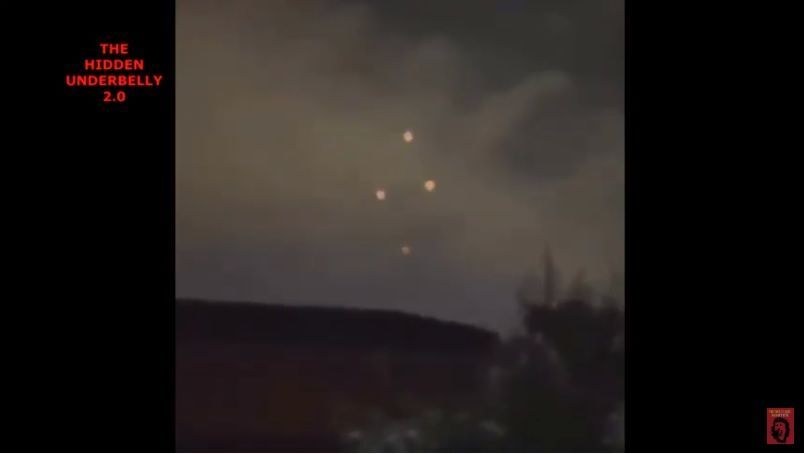 The ongoing coronavirus lockdown seems to have endowed prominent star-gazers with more time and energy to observe the night skies in the search for some unusual activity, as myriads of videos have been circulating online, pointing at alleged proof of UFO existence. Or might there be another explanation for what is going on?

Some unexplained red lights formations were spotted in two US states, Virginia and Nevada, at the end of April, raising questions about secret military exercises or, possibly, alien intrusion to our planet.

The sets of orbs were captured by two eyewitnesses in Richmond and Las Vegas, on 25 April and 27 April respectively, with the footage then being combined and shared by UFO enthusiasts from the “The Hidden Underbelly 2.0” YouTube channel.

In the first clip, the eyewitness is heard claiming that the footage of the chaotically moving sky objects is nothing but real while describing the phenomenon as “red light”, despite the objects appearing to be visibly white.

Just a few days later, another observer in Las Vegas captured on camera a similar mysterious pattern of orbs, now clearly red-coloured, that firstly take a diamond shape and then break apart, while disappearing from the sky in sequence.

The author of the assembled video suggested that the weird objects could not be planes, due to their close proximity to each other, and suggested the channel’s followers look deeper into the matter.

Some viewers rushed to speculate that the objects could be linked to ongoing military exercises in the areas, while others claimed that the weird patterns could only be of extra-terrestrial origin, as aliens were potentially observing humans during the coronavirus lockdown, surprised that the Earth’s activity has recently been so dramatically halted.

“That there is an extremely high possibility that we are actually being visited by non-human lifeforms. Now non believers let that set in”, one user wrote.

© Photo : YouTube/ AMS American Meteor Society
Is That a Meteor? Mysterious Fireball Caught on Camera in Texas - Video
“I heard sightings in India went up 800%! It's either because of the lockdown... people just have more free time and are noticing them more or they are observing us more than before”, another person suggested.

Whatever might be the real truth behind the footage, the Hidden Underbelly 2.0 channel has now got more than 40,000 subscribers, as well as a large pile of “mysterious” videos that often leave their viewers puzzled.