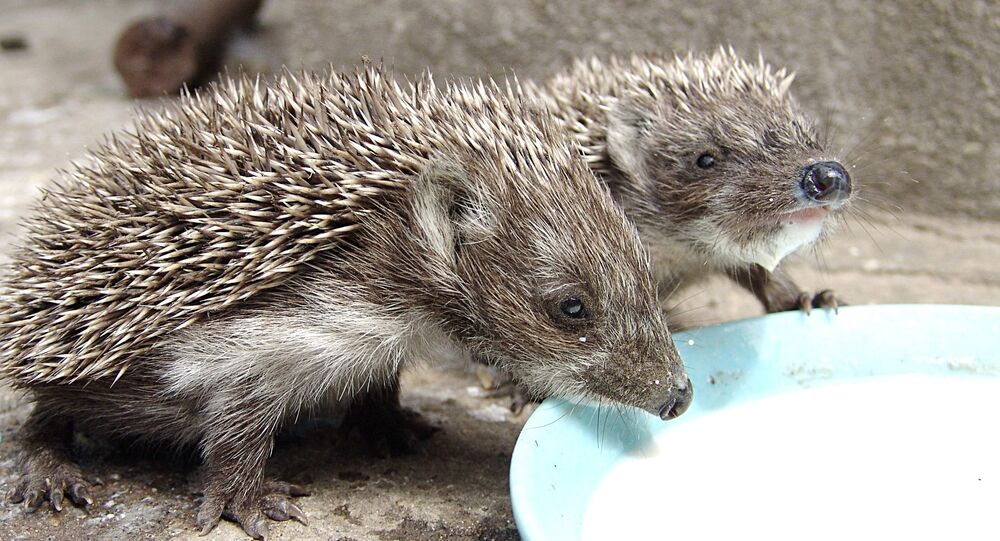 Hedgehogs Are Having ‘Noisy Sex’ While Humans Are in Coronavirus Lockdown, Says Mammal Recorder

If anyone has benefited from the coronavirus pandemic, which has infected more than 3.3 million people worldwide, it’s Mother Nature: reduced CO2 emissions, no noise, and most importantly… no humans. Wild boars marching through the centre of Barcelona and sea lions chilling on the streets in Argentina are not an unusual scene – it’s a new reality.

Hedgehogs have started having noisy sex since authorities introduced lockdowns to curb the spread of the coronavirus. According to Michael Walker, a mammal recorder in Nottinghamshire, a county in England, the prickly creatures have become so accustomed to the absence of humans that they have engaged in very loud lovemaking.

Walker said that local residents have sent him videos of hedgehogs that have become so naughty that they are doing it in the gardens. "I’ve had a video sent to me of a male pursuing a female…very noisily. When two males are involved, it can be quite a commotion, with even more huffing", Walker said.

The lockdown measures have not only spiced up hedgehogs’ sex lives, but have also brought more security. Nottingham Trent University said there have been fewer road kill sightings of all animals, including hedgehogs, compared with 2019.

"It could be a result of fewer people on the roads to see and record sightings. However, its is possible that it’s due to a lower number of vehicles on roads and that the risk hedgehogs [and other animals] face when crossing the road is greatly reduced", said researcher Lauren Moore.

​Fay Vass, chief executive of the British Hedgehog Preservation Society, said the organisation has seen an increase in interest in the prickly animals, particularly ahead of the Hedgehog Awareness Week, which will run from 3 to 9 May. Vass warned residents on lockdown against doing too much gardening, as it can make the environment less hedgehog-friendly or result in the animals being injured.