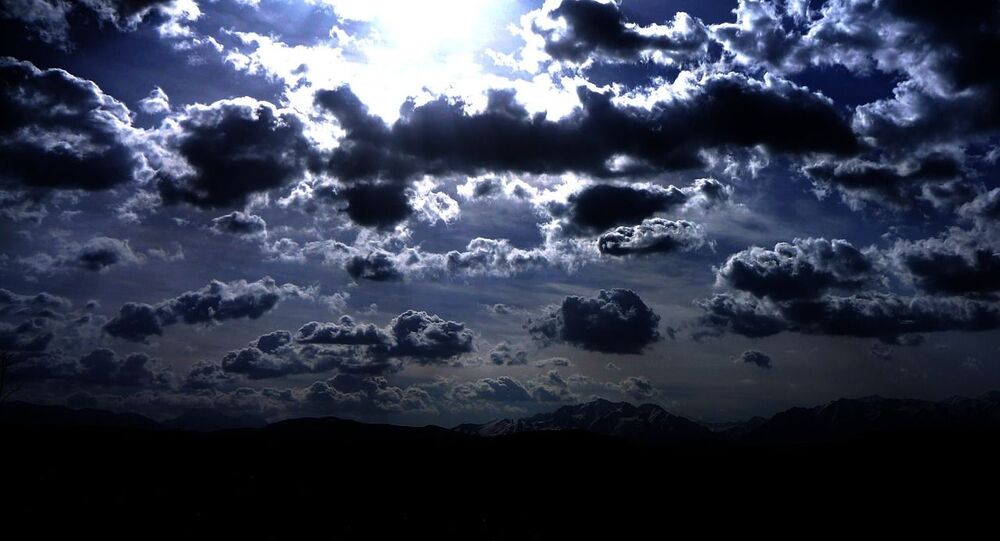 The remarkable time-lapse footage was posted on the internet, setting off a wave of comments on social media as netizens gave free reign to their imaginations.

Some eerie time-lapse footage, which could not be authenticated, was posted on YouTube showing ominous clouds glowing with a blue hue and giving the impression of twisting or “churning”.

The storm phenomenon was supposedly captured on camera above the Texas town of Venus, and at its centre zoomed in on an almost apocalyptic cloud “bubbling” against a backdrop of orange and grey-tinted sky.

The footage was taken by a user going by the name of Michael, with the video subsequently posted to the channel of YouTube conspiracy theorist MrMBB333.

As he reposted the video, the YouTuber commented:

“The sky is just bubbling, look at that!”

Keep southern Oklahoma in your prayers please 🥺😭 multiple tornados dropping down around my area, multiple fatalities. And I’m on the highway stuck in a awful storm!!! 😭😭😭😭😭 pic.twitter.com/uy76b00XcY

The theorist went on to suggest that the phenomenon, believed to have been filmed on 12 April – Easter Sunday - could have been linked with a recent spate of devastating tornadoes that later struck several US states. The tornadoes, that were also seen in Texas, killed at least five people.

The creepy blue cloud footage left many on the internet wondering whether it was an omen.

Some viewers were seriously unnerved by the sight, commenting:

“This is seriously creepy.”

Others simply marveled at the stunning footage: