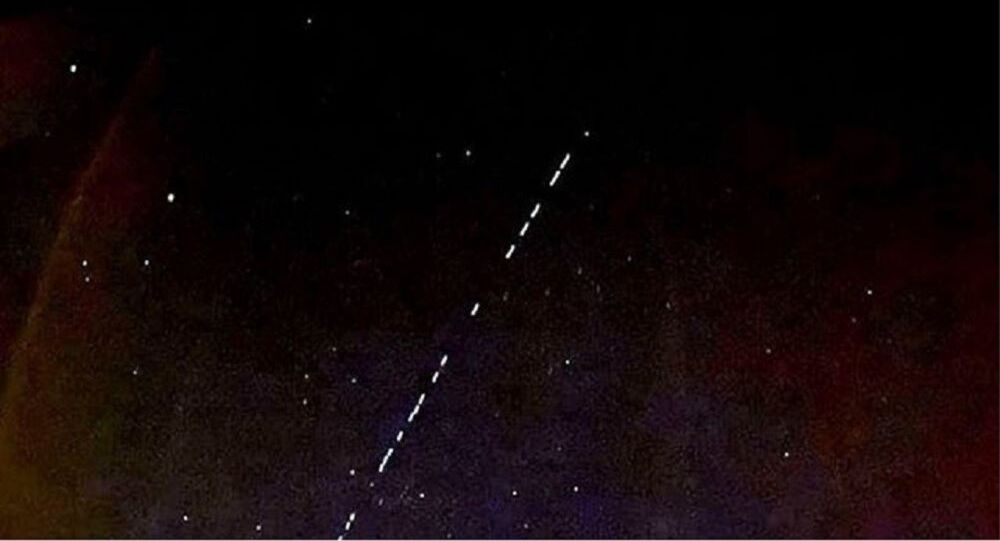 Blinking objects, serial lights and some other mysterious phenomena have recently been detected in the night skies in different parts of the world. While many star-gazers tried to link the unusual night activity to Elon Musk’s Starlink satellites, others suggested that it was finally time for an alien invasion of our planet.

Tonnes of photos and videos of mystical sequential lights have been shared by Turkish citizens on social media over the weekend, with netizens trying to guess whether the objects were of human origin or whether they should be of any interest to Turkey's most prominent UFO hunters. According to the local newspaper Daily Bash, the weird constellations were first spotted on Saturday night by observers in Istanbul and some other Turkish provinces, including Kırklaraeli and Tekirdağ.

Many enthusiasts rushed to share the footage of glowing objects, suggesting that the arrival of aliens should now be anticipated at any moment. Others, however, were more reserved in their expectations, arguing that the serial lights indidcated that they were Starlink satellites, recently launched by Elon Musk’s SpaceX company.

Tweet: Let's get ready close to the arrival of aliens with sequential lights in the sky

​Tweet: The lights you saw when you looked at the sky yesterday evening in Istanbul, Yalova, Edirne, Tekirdag and Kirklareli were Starlink satellites that Elon Musk sent to space to provide internet.

​Tweet: The lights that appear when looking at the sky from Tekirdağ and Kırklareli this evening are said to be the Starlink satellites that Elon Musk sent to space to provide internet to the world.

It is not the first time recently, when star-gazers have been puzzled by the appearance of weird patterns in the night sky. Similar gleaming sequences have recently been observed in different parts of Europe in mid-April, with many soon blaming it on the brain-children of the SpaceX CEO.

Musk’s SpaceX project promises to bring internet access to the most remote areas of the Earth with the help of thousands of small, low-orbit satellites.

© Photo : Twitter/@EcoCodex
Shocking Images of UFO-Like Object Stuck in Antarctica Ice Puzzle Observers
The first batch of 60 satellites was sent into space on 23 March 2019, and thousands more are expected to reach the orbit of our planet in the next several years.

The project has been criticised by many stargazers for making it significantly more difficult to study the night sky, as many astronomical images can now be corrupted due to the satellites’ presence. The last Starlink launch was conducted on 22 April by a Falcon 9 launcher from the Kennedy Space Center in Florida.