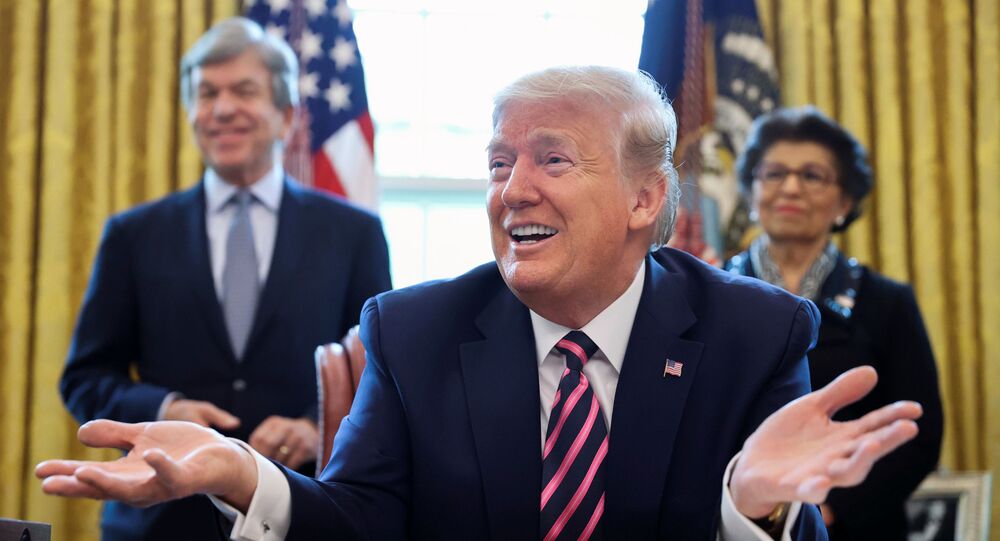 There is no Nobel Prize for journalism, as there is no 'Noble Prize' at all. In his misspelled tweet, POTUS might have meant the Pulitzer Prize, established in 1917, an award for achievements in newspaper, magazine and online journalism, literature, and musical composition in the United States.

US President Donald Trump now-deleted tweet slammed "reporters" who have received "Noble Prizes" on "Russia, Russia, Russia" and proved to be "totally wrong", saying that they should return their "prizes" to the "Noble committee" so that they can be given to real reporters who "got it right". Trump even went so far as to suggest his own "very comprehensive list" of such journalists. He also insisted that the 'Noble' Committee should act, stressing that they "better be fast".

However, such committee is unlikely to respond to his demands, as there is no Nobel prize in journalism, not to say that there is no such thing as a "noble prize".

....to the REAL REPORTERS & JOURNALISTS who got it right. I can give the Committee a very comprehensive list. When will the Noble Committee DEMAND the Prizes back, especially since they were gotten under fraud? The reporters and Lamestream Media knew the truth all along....

....Lawsuits should be brought against all, including the Fake News Organizations, to rectify this terrible injustice. For all of the great lawyers out there, do we have any takers? When will the Noble Committee Act? Better be fast!

The twitterati immediately reacted to the cri de coeur, pointing out Trump's misspelling of "Nobel".

The fact that you call it a Noble Prize is just one of many reasons you will never win the Nobel Prize.

I miss having a President that’s not a Snowflake. 🙄

​Users pointed to the recent embarrassment of Trump claiming that he "sarcastically" suggested injecting disinfectants to treat COVID-19 and opined that maybe his new tweet was also sarcasm.

No brains is obsessed with the NOBEL prize... which he’a stupid enough to misspell and then confuse with the Pulitzer... but it doesn’t matter, because this entire thread is just him being sarcastic. pic.twitter.com/vPihYkx8JM

Or maybe it was a matter of jealousy?

Trump's weird obsession with the Nobel Prize seems entirely rooted in the fact that Obama won it.

Some not in the mood for laughs suggested that Trump tweeted about his "Noble Prize" to draw attention from the deadly COVID-19 pandemic sweeping the country and the world.

Awesome! Nobel is trending b/c you still don't know how to spell.
Nice distraction from the 55,013 Americans who have died from your #PresidentialDisaster. pic.twitter.com/VS2DGf4DWq

FYI, the Country has moved on to a more important matter......a Virus that is causing thousands to get sick and die each and every day! 😡

As the Nobel Prize is not given to journalists, it was the Pulitzer Prize that Trump may possibly have been referring to. Some users saw a silver lining that the POTUS did not try to spell 'Pulitzer'.

Just be happy he's not trying to spell Pulitzer.

​The Pulitzer Prize is an award marking achievements in newspaper, magazine and online journalism, literature, and musical composition in the United States, established in 1917. The Nobel Prize is is an annual set of awards in academic fields such as biology, chemistry, physics, literature and others.