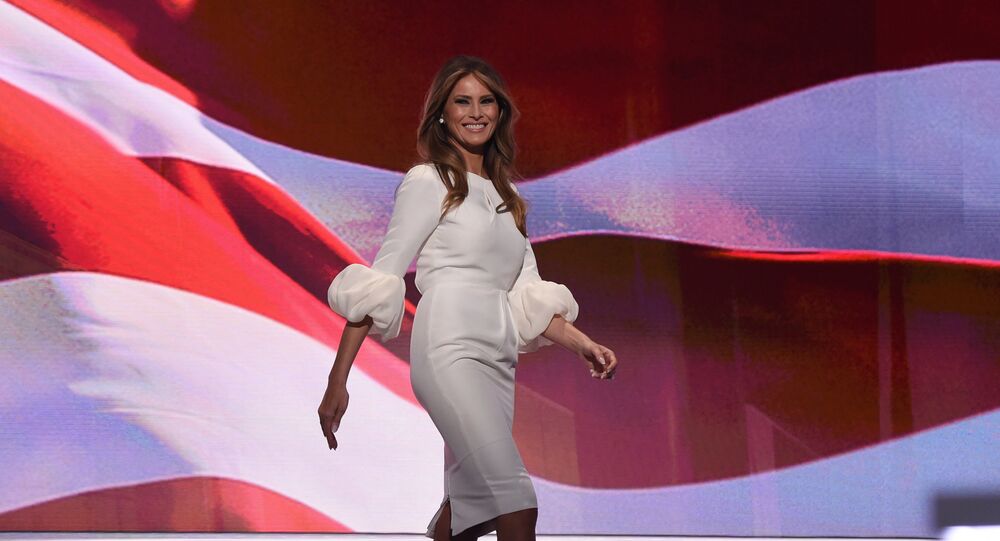 Some have called her “glacial perfection” and the most stylish first lady ever, others have lambasted her as the “real Marie Antoinette” of our time. Despite being in the midst of controversies related to her husband, Melania Trump has made quite a reputation on her own and left an unforgettable footprint in the history of the United States.

A birthday is a good occasion to remember some of the best or worst moments of your life, and if you are the first lady of the United States, social media will come in handy to remind you of some of your best jabs, even those you intend to forget. Especially if you turn fifty. Especially if you are Melania Trump.

Twitter went crazy on Sunday with a flux of memes and birthday cards honouring the Slovenian-born former model and current first lady of the United States, Melania Trump. Few could actually believe that the fashionista indeed turned fifty on 26 April, considering how young she looked.

Will @TIME Magazine give First Lady Melania Trump @FLOTUS a front cover page for her 50th B-Day today like they did for @HillaryClinton when she turned 50 in the White House?? #MelaniaTurns50 #HappyBirthdayMelaniaTrump @realDonaldTrump @DonaldJTrumpJr pic.twitter.com/7XfTveR0Hl

The former playboy star got quite a reputation with some of her controversial fashion appearances, including the one where she wore a "I really don't care, do u?" jacket to a detention camp for immigrant children in Texas.

© AFP 2020 / MANDEL NGAN
Ex-Trump Aide Omarosa Claims Melania 'Can't Wait to Divorce,' 'Punishes' Donald With Outfit Picks – Reports
She was commonly criticised for being either too overdressed for the occasion or not dressed enough, after her nude photos leaked to the press just months ahead of the 2016 presidential election.

Trump’s choice of attire for the Earth Day tree planting, where the first lady opted for some high heels, while digging the soil with a help of a gold shovel has also not gone unnoticed. However, despite all the criticisms, the FLOTUS had always managed to keep her face straight – something she has also been occasionally mocked for.

I’m presuming this has already been said, but...

For a gold digger, #MelaniaTrump is not very good at this...#FirstLady #Shovel #Seriously https://t.co/LH7qE2t7PN