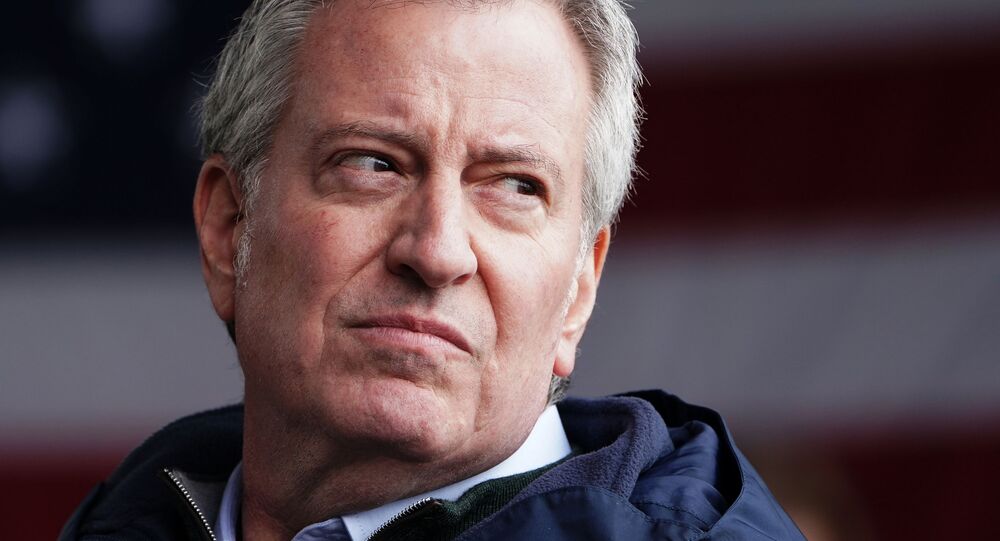 In the town that is the epicenter of the deadly COVID-19 outbreak in the US, the mayor of New York City, Bill de Blasio, last week received sharp criticism for providing residents with a tip line to report those who violate social distancing guidance amid the ongoing coronavirus pandemic.

Critics of New York Mayor Bill de Blasio's idea to report social distancing violations have been flooding the tip line with 'dick pics', Hitler memes and photos of upraised middle fingers, according to the NY post.

An unnamed source in the New York Police Department (NYPD), cited by the NY Post, said that dick pic photos have been texted to 311, and an early Sunday caller phoned in a prank tip suggesting that De Blasio had been seen performing oral sex on someone "in an alleyway behind a 7-11".

The number of messages mocking the tip line large enough that the so-called snitch number was reportedly briefly shut down.

The tip line was announced on Saturday on De Blasio's Twitter account, and angry people have reportedly texted the number with "photos of extended middle fingers, the mayor dropping the Staten Island groundhog and news coverage of him going to the gym".

The twitter thread of De Blasio introducing his tip line was overwhelmed with similar reactions, where users posted a meme showing Adolf Hitler with the words “To those turning in your neighbors and local businesses - you did the Reich thing".

Some users also provide screenshots of De Blasio himself, earlier urging residents "to get on the town despite coronavirus" and earlier photos of mayor walking in public places.

De Blasio introduced the tip line in his Twitter, urging New Yorkers to help "get the message" to those who do not stick to social distancing rules and asking them to report places with such violations via a specific number. The idea has received widespread criticizm in social media, as many netizens have been angered at the tough of being asked to turn in their neighbors.

The coronavirus death toll in New York City is 14,887, as shown in data provided by the Johns Hopkins University. The region is the centre of the COVID-19 outbreak in the US, the nation with by far the largest  number of pandemic victims.