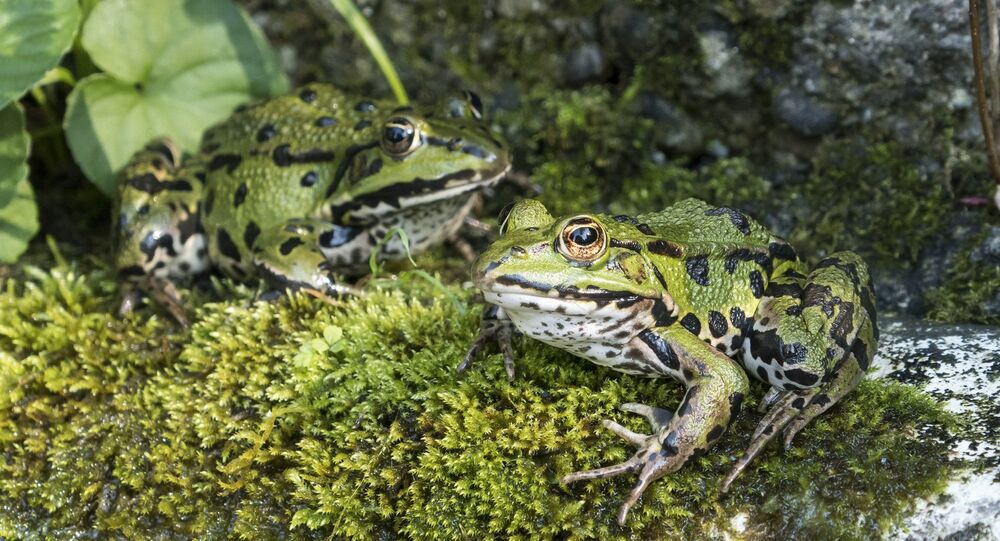 With No Food in the House, Kids Feed on Frogs in India's Poorest State Amid Lockdown - Video

New Delhi (Sputnik): India initially went into a 21-day national lockdown on 25 March to contain the spread of COVID-19, with the prime minister saying that the country needs to do it to save lives.

The Indian government has announced around $6 billion for free food and $5 billion for cash transfers for women and senior citizens as a damage control measure for people who have lost their livelihood due to the unprecedented lockdown due to the coronavirus.

However, in a video going viral on social media, a kid in Bihar’s Jehanabad district is telling a journalist that he doesn't have any food and is eating frogs to fill his stomach.

​“Today we will eat frog because there is no rice or anything at home as everything has been closed down by the government. How will we earn in such situation? We will eat this. First we catch it, remove its skin, then put it in a stick and then cook it,” says Abhishek Kumar.

No rice available in our houses, so we are having #frogs since last 4-5 days: this kid tells to a journalist in Bihar’s Jehanabad district.

He says that he normally goes to school but it is also shut due to the lockdown: “We didn't used to eat this in school".

On 24 March, Prime Minister Narendra Modi announced a strict lockdown, shutting down public transport and prohibiting public gatherings in order to curb the spread of the virus.

Shortly afterwards, thousands of migrant workers fled the capital, Delhi, walking hundreds of kilometres to reach their homes in other states as they were left with no income amid the government's stringent measures to battle the coronavirus.

Amid widespread criticism and public outcry, the government announced relief measures, saying it would provide each individual with 5 kilogrammes (11 pounds) of rice/wheat for the next three months, in addition to one kilogramme (2.2 pounds) of pulses per family.