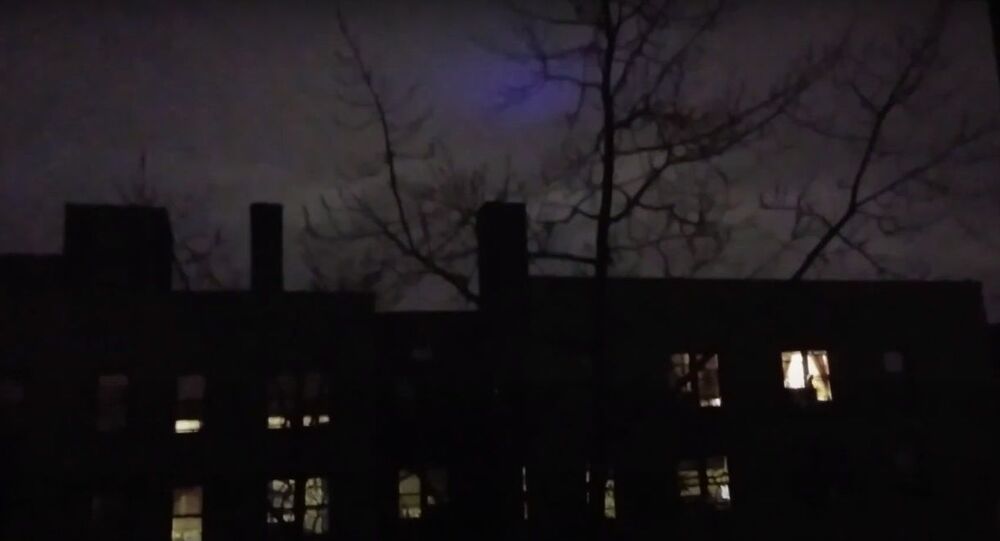 Mysterious Blue Lights Seen in the Sky Across the World - Video

Usually bright lights are produced by flashlights near nightclubs, but this explanation seems untenable due to the coronavirus pandemic that has confined most of the population within four walls and closed all public places.

Social media users have been engaged in heated debates over mysterious blue lights that were spotted in different places across the world, including Australia, Spain, and the United States. The debates began after YouTube user _shafasgachaworld _kittykat_《HannahTristaMidnight》posted footage of a strange blue light in the sky in New York.

The video was quickly shared online with netizens saying they saw the same eerie blue spot in the sky in other US states, Spain, Britain, and Australia. A netizen from the Netherlands posted a photo of the sighting and wrote in the caption: “In the context of weird we also have this, blue lights in the sky".

​Users argued over the origin of these enigmatic lights, some claimed that they appeared naturally as a result of the piezoelectric effect. One user wrote: “If large slabs of Quartz crystal in the earth crust compress at a specific angle it causes a large electric field to generate a local equivalent of an aurora in the sky above".

Others contended that the government or Elon Musk’s company SpaceX were testing new technology.

Still others thought that these mysterious lights were evidence of extraterrestrial life and a sign of impending catastrophy. "The world or our reality is shifting. I can just feel it. I think there's some sort of hidden battle going on and it's being noticed by many now. Locusts in Africa like never before. A plague. Lights in the sky. Sky quakes. Many UFO sightings. An asteroid coming close. Lots of people reporting awakenings and a shift in energy", wrote one user.