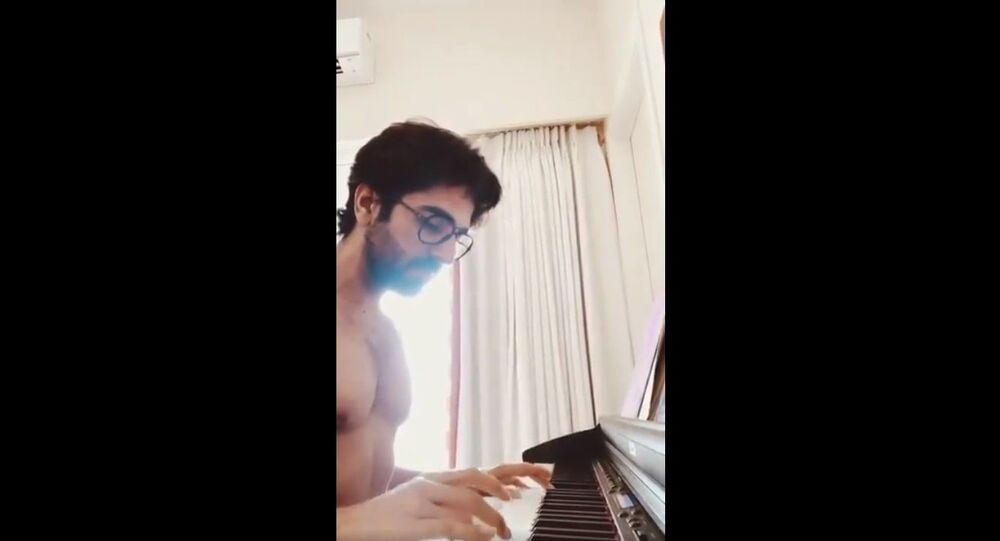 Acclaimed Bollywood actor-cum-singer Ayushmann Khurrana is winning the hearts of people on social media by acing the tunes of Bella Ciao on the piano and pulling the look of the “Professor’s” character from the popular Netflix series Money Heist.

Ayushmann, who got the National Film Award for Best Actor in 2019, went shirtless and even sported spectacles to resemble the “Professor” – the mastermind of the heist in the series – in a video clip that he shared on his social media profiles.

Expressing his desire to play the iconic role of the Professor, he asked filmmakers to make something like Money Heist, as he is “itching to go on sets and work, like each and every human”.

I want to be the professor. I want to put this out in the universe. Hello reverent filmmakers! Please! I’m dying to do something like this. I’m itching to go on sets & work, like each and every human. But patience is a virtue they say. Calm down. Till then Bella Ciao #MoneyHeist pic.twitter.com/ZOLhCypgrU

Twitter users were on board with the idea of him playing the Professor, as he had convincingly taken on the role of a blind pianist in the crime-thriller Andhadhun.

Damn!!! I always thought SRK would be the best for this!! But now, YOU! You look him. You even move like him. I can already hear you say "Sometimes, a truce is the most important part of a war".

@netflix We've a Professor in our country too. The one who can Act, Sing, Plan, and Play👺

You are so hot when you play piano 🙈🙈🙈

On Tuesday, Ayushmann also expressed his anger over incidents of attacks on police personnel  and slammed people indulging in such incidents.

“I feel terrible reading about the heinous attacks on cops and security personnel that is happening across the country. The police force is risking their lives every single day to keep us, our families and our friends safe and I condemn such attacks on them”, the actor said.

Bored at Home Amid Lockdown, Bollywood Diva Urvashi Rautela Shows Her Sexy Side