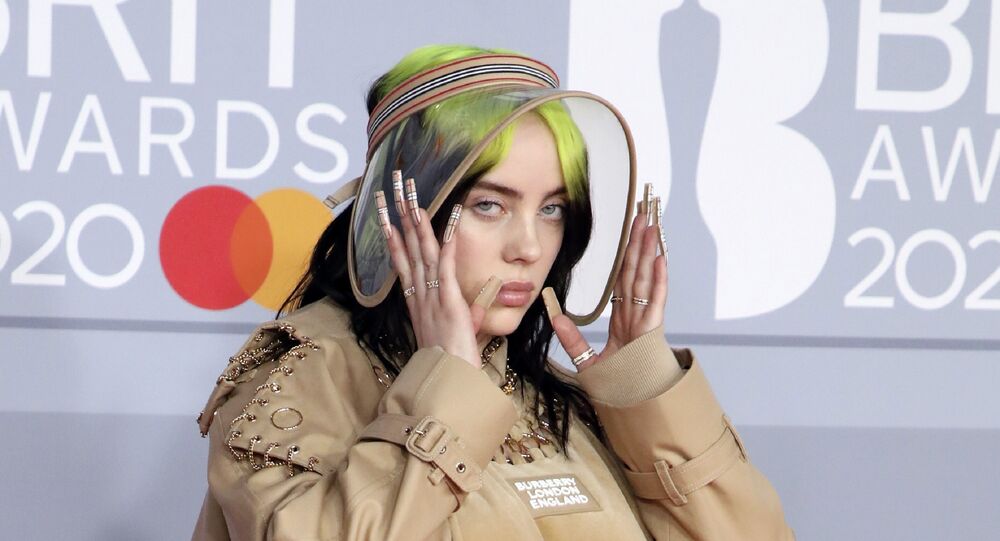 The teenage pop star has apparently become the latest celebrity to have been duped by a duo of Russian radio hosts who impersonate other famous people in their prank calls.

According to the newspaper, the two pranksters have put out a voiced-over cartoon of their phone call with Billie and her mother Maggie, which appears to have since been deleted.

In it, the ‘Bad Guy’ hitmaker reportedly gave some boyfriend advice to the fake Greta.

“I had years of boy problems so I understand. If he doesn’t want to be with you, f*** him,” she was quoted as saying. “There will be someone who will love you for who you are.”

Eilish, who wrote a theme song for the upcoming James Bond movie ‘No Time To Die’, also lamented the environmental impact of her travelling to gigs around the world and claimed she was looking to tour on a bio-diesel bus, according to The Sun.

It is said that the Greta imposter in turn promised to send her lyrics for a charity single about the environment.

Vovan and Lexus have in the past months pranked scores of celebrities including Britain’s Prince Harry and actor Joaquin Phoenix, as well as two members of US Congress, Bernie Sanders and Maxine Waters.

Posing as Greta Thunberg, they told Sanders that he is a “sleeper agent” of the KGB and tricked Waters into promising to save a fictitious island from a Soviet cartoon.