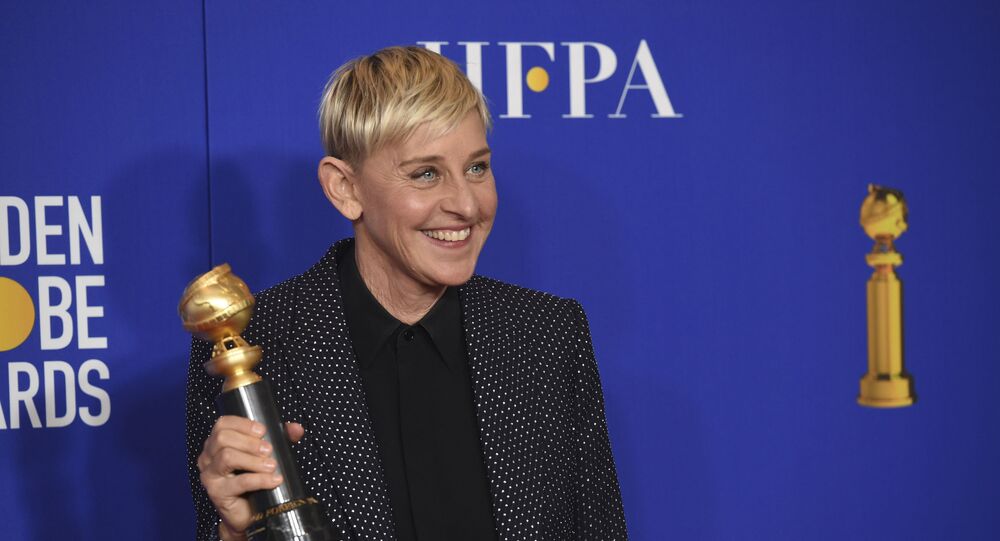 While DeGeneres' joke apparently did not seem all that funny to quite a few people, there were also those who insisted that the comedian didn't deserve all the flak she's been getting over it.

Even as many people around the world try to cope with self-isolation prompted by the current global coronavirus crisis, it appears that popular American actress and TV host Ellen DeGeneres may have landed in hot water due to her assessment of the current situation.

In a recent episode of her show, which is filmed at her residence, Ellen proceeded to jokingly compare being quarantined to doing time in a slammer.

"One thing that I've learned from being in quarantine is that people - this is like being in jail, is what it is," she said as quoted by the media outlet. "It's mostly because I've been wearing the same clothes for 10 days and everyone in here is gay."

Quite a few social media users did not seem particularly amused by her remarks, some of them arguing that perhaps comparing Ellen's current accommodations with a jail might've been a bit of a stretch.

Ellen Degeneres really said social distancing is like being in jail when the government is out here sacrificing fast food workers who don’t even have that privilege 🤡 she probably hasn’t even discovered half of the rooms in her $27M mansion... pic.twitter.com/3l19ZI3Y7l

No its Ellen. Honestly Ellen is one of the worst people out there

I’d love to be in her jail 😂. Hate when these celebrities complain when they have a pool, gym, basketball court, etc in the background. Nothing sensitive just hilarious.

Ellen DeGeneres compares her self-isolation to prison time. I quote: “Being in quarantine is like being in jail”

A number of people, however, insisted that it was merely a joke and that the comedian did not deserve all the flak she's ended up getting as a result.

Really not worth a story. I seriously think @TheEllenShow meant it in a light hearted way. We all know she has the biggest heart in the world for humans and animals. Why criticize and make this a story.. shameful of the media

Nothing wrong with what Ellen said. People these days seem to be angry in the abstract, and laughable for their righteous indignation.

I'm sure she meant it as a joke.

The punch line was “ I haven’t changed clothes in 5 days & everyone here is gay”. It was a joke!

As MSN points out, the video featuring DeGeneres' joke in question was listed as "unavailable" on YouTube as of 8 April.