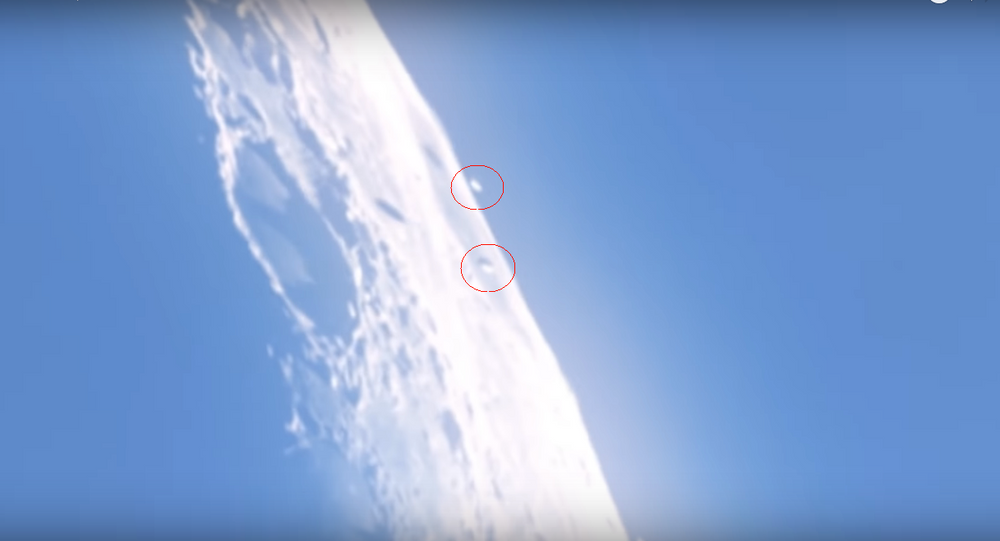 YouTuber Jean-Michel Tenac piqued the interest of conspiracy theorists and UFO hunters earlier this month over their upload “OVNI sur la Lune,” which translates from French to “UFO on the moon.”

The brief 70-second clip, allegedly recorded in the late afternoon of March 26 in Montreal, Canada, shows multiple masses that appear to be hovering over the moon at a distance that allows them to cast shadows on the astronomical body.

It’s worth noting that this is the sole video on Tenac’s channel, and the user’s account was created on April 3 - the same day as the upload.

Naturally, netizens questioned the video’s authenticity. However, animators Kathryn Ross and Mendez Mendez took their skepticism a step further and tried to see if they could recreate the scene.

While Mendez’s recreation could raise some eyebrows about the existence of alien life, the original video appears much more realistic when the two clips are juxtaposed.

The YouTuber behind conspiracy channel Disclose Screen 'The Grimreefar' discussed the popular UFO footage with UK tabloid Daily Star Online earlier this week and said that while it’s certainly possible that the video clip could be fake, proving it will be a little more difficult.

"The only way to be 100% sure is if the operator of the channel provides us with a download link of the raw video file,” they said.

However, despite attempts to get Jean-Michel Tenac’s attention in the comment section under the video and on the user’s profile, they appear to be MIA.

In the meantime, other netizens who have stumbled across the video have offered up their own theories on what the floating masses could be. According to YouTube user Sean, the UFOs are “obviously just moon whales.”

‘What the Hell?’: Mysterious Red Orbs Reappear in US Sky in Triangular Formation - Video