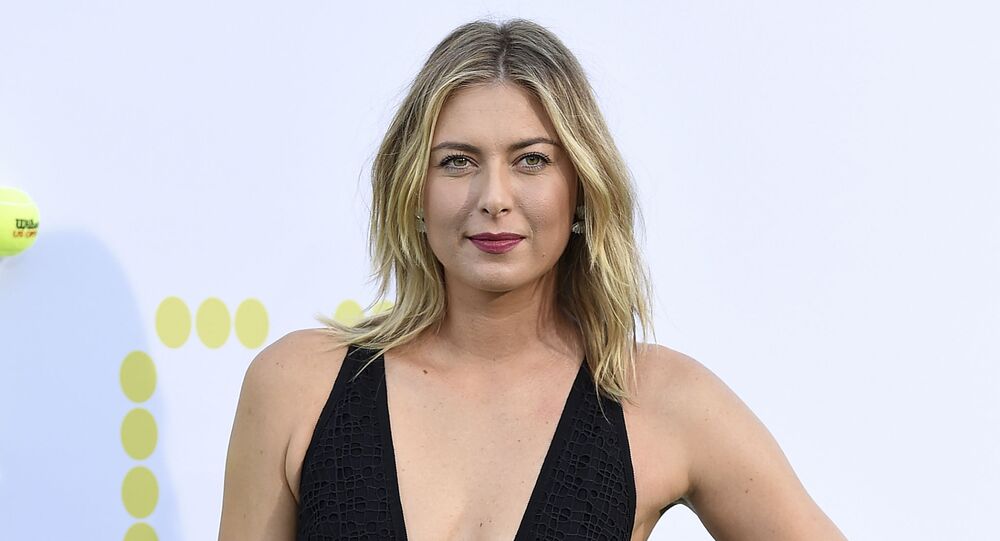 In February, five-time Grand Slam winner Maria Sharapova announced that she would be leaving tennis “to compete on a different type of terrain”. Since then, she has been staying in self-isolation in one of her homes in the United States where she appears to be somewhat bored.

Former Russian tennis star Maria Sharapova has just disclosed one of her most personal details – her phone number - and openly called upon her fans to send a message, as the former sport star is feeling a bit disconnected from the world during the coronavirus pandemic.

“I’ve been trying to find a way to be in touch with all of you, because last week I did a really fun Q&A on a video conference with 150 of you and I left that video chat wanting more”, Sharapova said in a video message published on Instagram.

“I want more connection and a big part of that is all because we are all in this separation, this physical distancing together”, she continued, referring to stay-at-home orders imposed by the US government during the coronavirus pandemic. “And so I want you to tell me what you think so here is an idea. Oh, I actually want you to text me what you think!”

The cherished digits were then published under her Instagram post as Sharapova urged her followers (or perhaps the whole world?) to tell her how they were doing and even encouraged them to send her “any great recipes”.

“So text me, and wait to get a response!”, the tennis icon promised.

“Wow this is so good! I love you so much Maria! Already sent my message”, one of the followers rushed to comment.

© REUTERS / Tony O'Brien/Action Images
Farewell to Sports: Russian Tennis Legend Sharapova Finishes Her Career
14
It is not clear how many messages the Russian beauty has received since then, but considering the fact that she has almost 4 million followers just on Instagram it seems like a lot.

Maria Sharapova rose to international prominence after winning Wimbledon 2004 at the age of 17. She announced the end of her tennis career in February this year, with 645 victories and 36 WTA titles overall, including five Grand Slams. She has been living in the United States since she was a kid, but she has retained her Russian citizenship.