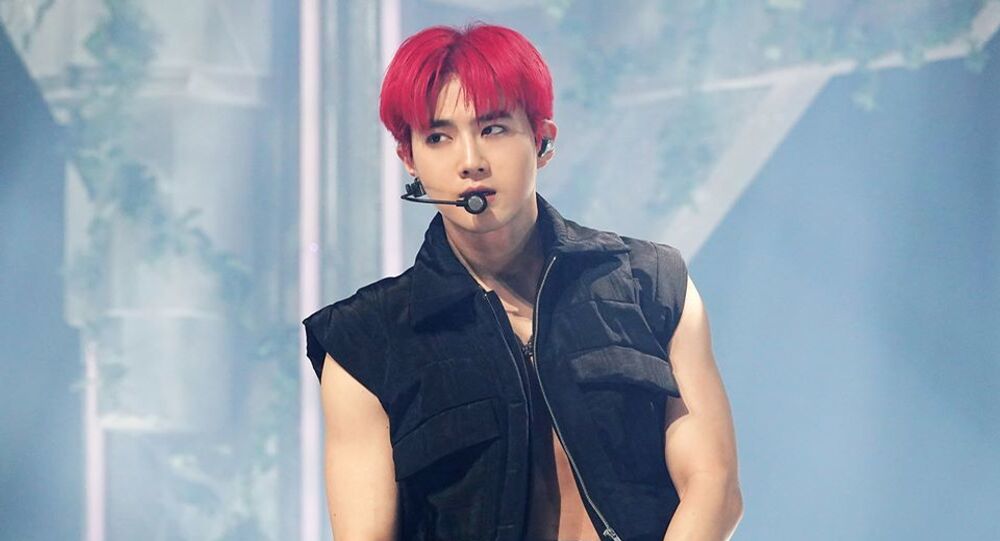 The leader of the popular K-pop boy band EXO has finally made his solo debut, showing his warm and tender side.

Suho (real name Kim Jun-myeon) dropped his new music video today for the solo album "Self-Portrait". It is his first solo album and is already available on various platforms.

The MV for the lead song is called "Let's Love" and in Korean it is "사랑, 하자" - a phrase that Suho always tells his fans and is known as EXO's motto

The song is written in the modern rock genre with a tender melody and a warm atmosphere, describing an attempt to express love - maybe a little bit clumsy, but sincere and encouraging people to love each other more.

Suho presented six songs in different genres such as modern rock, ballads, as well as acoustic pop to his fans and expressed gratitude to them. In the album, he makes a self-portrait inspired by his favourite artist Van Gogh and desires to "paint everything in his own colours".

This is expected to be the last release before his enlistment.

Fans were flattered by the tender voice of their favourite idol, admitting that he made a piece of art, with hashtags related to him trending worldwide.

Let’s Love is the perfect song to accompany the blooming mood of spring. Junmyeon’s sweet vocals and strong instrumentals will warm people’s hearts and bring brightness to their lives. Definitely has a big potential to be a lovers anthem. #LetsLoveSUHO #SUHO @weareoneEXO

The m/v is so beautiful ...his beautiful and soft voice...the lyrics ..the background and his beautiful face ....idk what should I call this...I’m crying...I’m proud of I Jun...#LETSLOVESUHO #SUHO #Self_Portrait @weareoneEXOpic.twitter.com/EbgHxiWGkC