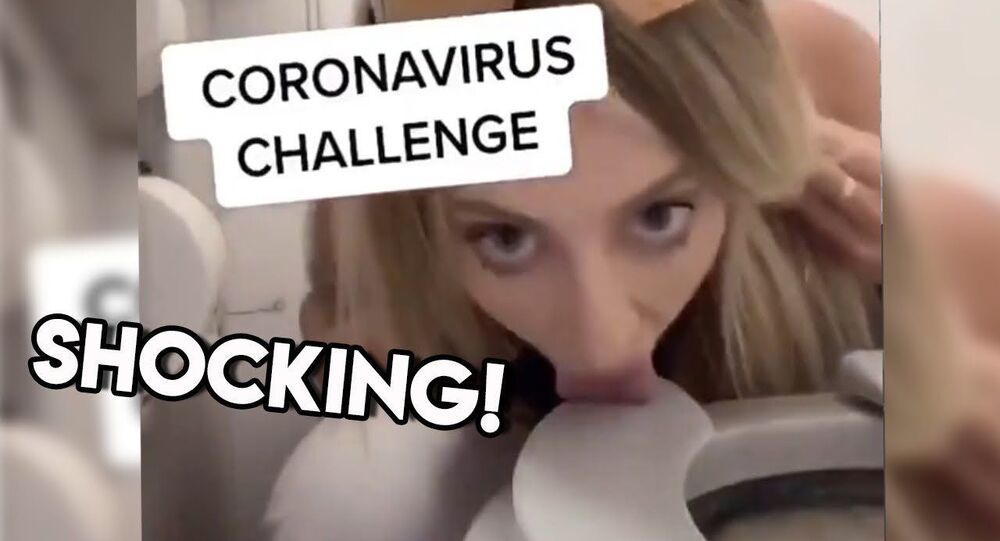 Recently, a video posted by a 21-year-old social media celebrity went viral after she recorded herself licking an open toilet seat in an airplane bathroom as part of an attention-grabbing and potentially dangerous 'Coronavirus Challenge' stunt.

TikTok and Instagram content-maker Ava Louise, who claims that she seeks to become “Insta-famous”, was confronted in an episode of the Dr. Phil (real name Phil McGraw) show that aired Thursday, concerning the placement of her tongue directly onto an airplane toilet seat.

The television host began his interview by asking his guest what motivated her to perform such an “unhygienic” action.

“One, I had way dirtier things in my mouth. Two, I bleached [the toilet]. Three, private plane. I flew down on my sugar daddy’s plane with my best friend. So really, it wasn’t that dirty. I wasn’t putting myself or anyone else at risk,” Louise remarked.

The host accused Louise of lying to her viewers by first cleaning the toilet seat “like it was in a lab” - and subsequently leading them to believe she was on a regular passenger aircraft - before using her tongue as a means of claiming that there is no danger from the coronavirus.

“Yeah, I just lie to the people, yeah, I did,” Louise said, before suggesting, “That’s what the media is doing I think with this entire virus”.

The self-described “skinny legend” said during her interview that she had become “really annoyed” that the virus was getting more attention than her. She stated that she licked the toilet because she “wanted the clout off of it”.

“It’s funny because I created the fake news myself,” Louise said, adding, “I basically took things that your generation and boomers are scared of and I capitalized off of it.”

The so-called Coronavirus Challenge went viral recently among a handful of social media users and influencers as a means of bringing attention to themselves in the midst of the rapidly spreading deadly new coronavirus (COVID-19) pandemic.

Consumer Panic Over Coronavirus in Japan: Are Lack of Toilet Paper & Subway Rows Only the Beginning?