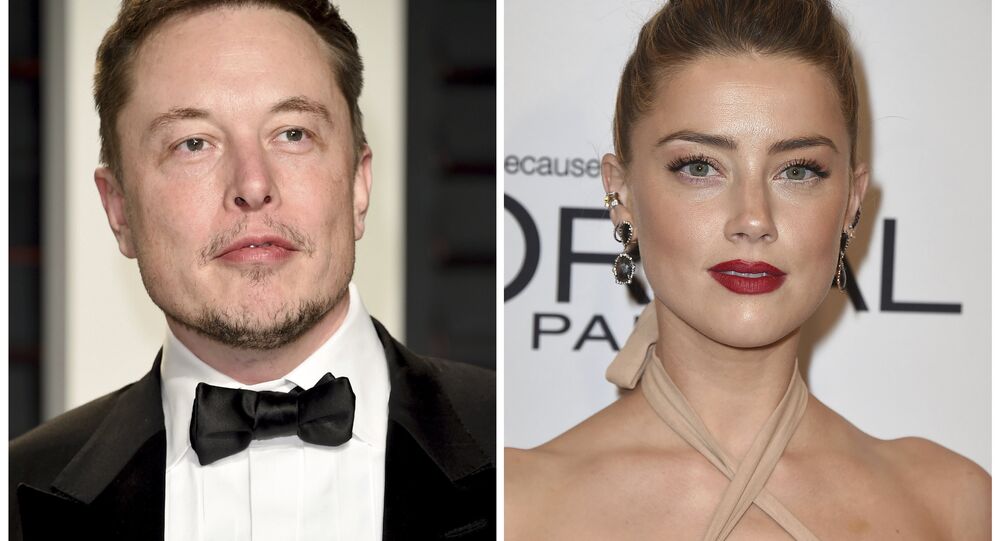 Earlier this month, a court hearing on Depp's libel case against the Sun newspaper presented text messages which were allegedly written by the Pirates of the Caribbean star who accused his ex-wife Amber Heard of starting an affair with Tesla mogul Elon Musk in order to have a lawyer during her defamation case against Depp.

The Daily Mail claims it has obtained surveillance camera images allegedly showing Johnny Depp's former wife Amber Heard cuddling up to Elon Musk in the private elevator at the luxury Los Angeles penthouse apartment where she once lived with Depp.

The actress, who appears to be wearing only a swimsuit and a towel, is seen cuddling up to Musk while he embraces her. According to the paper, therу are no clues as to when the images were taken but the media outlet refers to the apartment's security guards who previously said that Elon Musk had visited Heard multiple times before and after she filed for divorce from Depp.

i'm just here waiting for johnny to destroy them all https://t.co/x3o9wYz0U6

​The Pirates of the Caribbean star, who married Heard in 2015, claims that his ex-wife started dating Musk just one month into their marriage, with Heard not filing for divorce until spring of 2016. But the Tesla mogul insists that Heard had already split from Depp by the time they started their romantic relationship. In the summer of 2017, Heard announced her breakup with Musk.

Although Depp and Heard have long agreed a $7 million divorce settlement, a row heated up again between them after she wrote an op-ed for the Washington Post detailing her experiences as a domestic violence survivor. Amber did not mention her ex-husband by name but Depp sued her for defamation, saying that her allegations cost him the role of Captain Jack Sparrow in the Pirates of the Caribbean sequel. In his suit, Depp rejected Heard's accusations, revealing that he was "punched and kicked" by her, adding that she also frequently threw objects at his head, causing him severe injuries. Depp described himself as a "victim of an elaborate hoax" started by Heard to advance her acting career.