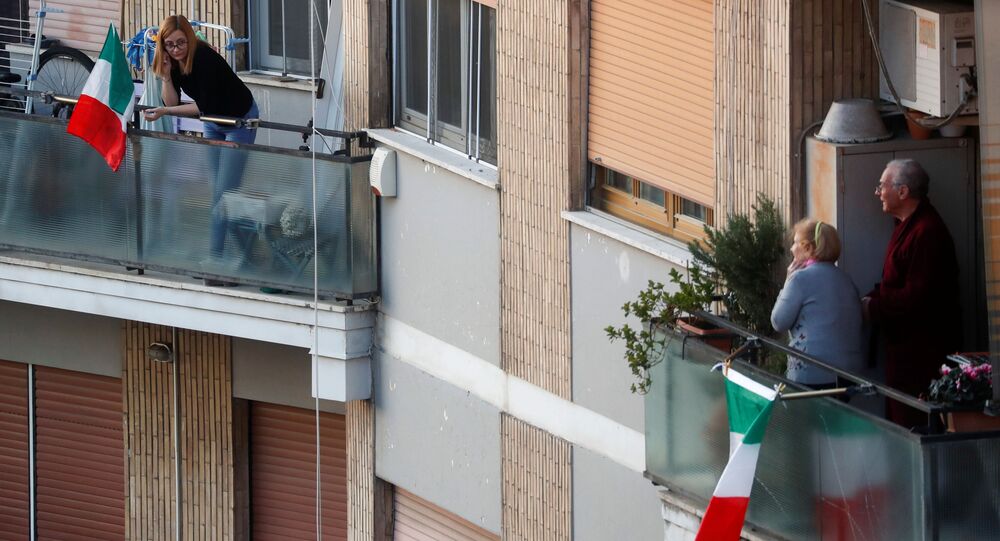 Italy has the second highest number of coronavirus cases after China and the greatest death toll in the world, standing at more than 5,400. Authorities have ordered a nationwide lockdown, only allowing people to go out to buy medicine and groceries – but it seems that some people are not willing to heed the advice.

Mayors of various Italian towns and cities have recorded videos where they lambast citizens for violating the nationwide quarantine. "Getting in mobile hairdressers? What the f**k is that for? Do you understand that the casket will be closed! Who the f**k is supposed to even see you with your hair all done in the casket?" one mayor thundered in an angry rant.

Another politician didn’t hide his frustration, saying:
"Where the f**k are you all going? You and your dogs… which must have an inflamed prostate?"

"I stopped him and said, 'Look, this isn't a movie. You are not Will Smith in I Am Legend. Go home."
This is the updated compilation of Italian Mayors losing it at people violating #Covid19 quarantine. Yes, subtitles are accurate. pic.twitter.com/60V4Csuonb

​The compilation of recorded statements has gone viral, with some social media users expressing dismay at Italians for not obeying the authorities’ orders.

If this is how Italians are behaving, no wonder its spreading so fast over there.

​American netizens were even jealous of the way the Italian authorities care about their people.

Politicians who care about the general welfare of their people? Why does that sound like such a foreign concept in America.

​One user noted that quarantines have a very detrimental effect on some people.

Personally, I'd rather go to war.
You may find it easy, others will not. Some will experience long lasting PTSD and Depression. Some will be suicidal. (Not me, but it's still going to be extremely difficult)

​Still others joked about using one mayor’s angry rant to persuade their parents and friends to stay at home.

I'm already looking into how I can hire the Italian mayors to yell at my parents.

Some gifs to use when your boomer parents don’t listen pic.twitter.com/wOoKoDrn3S

​Italy has almost 60,000 confirmed cases of the coronavirus. Authorities imposed nationwide lockdown to curb the spread of the disease on 9 March.