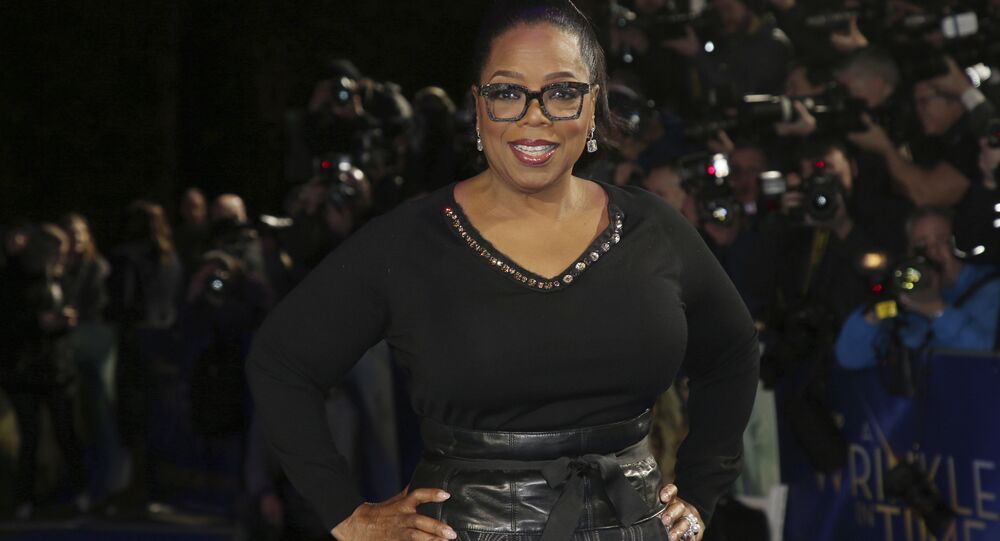 American media executive Oprah Winfrey on Wednesday took to Twitter to shut down rumors that she had been arrested for sex trafficking after fake news reports surfaced online.

According to the rumors, Winfrey was arrested by the US National Guard at her Boca Raton, Florida, home. Facebook user Lili Milan even went so far as to include alleged photos of the incident.

“Oprah’s house on the intercoastal in Boca Raton has not only been seized but they are excavating the property and digging up the tunnels!!! Red tape all around the house as not to alert the civilians,” the post reads. In addition, a YouTube video depicted a man by the name “Tank” walking around a parking lot and stating that Winfrey’s house was “some kind of child trafficking location” and that “Hollywood pedophiles” were being arrested.

​The Washington Post reported that the allegations were spread by online supporters of QAnon, the conspiracy theory that “centers on the idea that an anonymous government official, or ‘Q,’ has been secretly sharing messages and symbols that serve as evidence of a hidden plot to overthrow [US President Donald] Trump.” The conspiracy theory was started in October 2017 and states that many elite politicians and celebrities are pedophiles who will soon be arrested for their crimes.

​Filmmaker Ava DuVernay, who directed the movie “Selma,” of which Winfrey was a producer, also slammed the fake claims.

​“Trolls + bots began this disgusting rumor. Mean-spirited minds kept it going. Oprah has worked for decades on behalf of others. Given hundreds of millions to individuals + causes in need. Shared her own abuse as a child to help folks heal. Shame on all who participated in this,” DuVernay tweeted Wednesday.