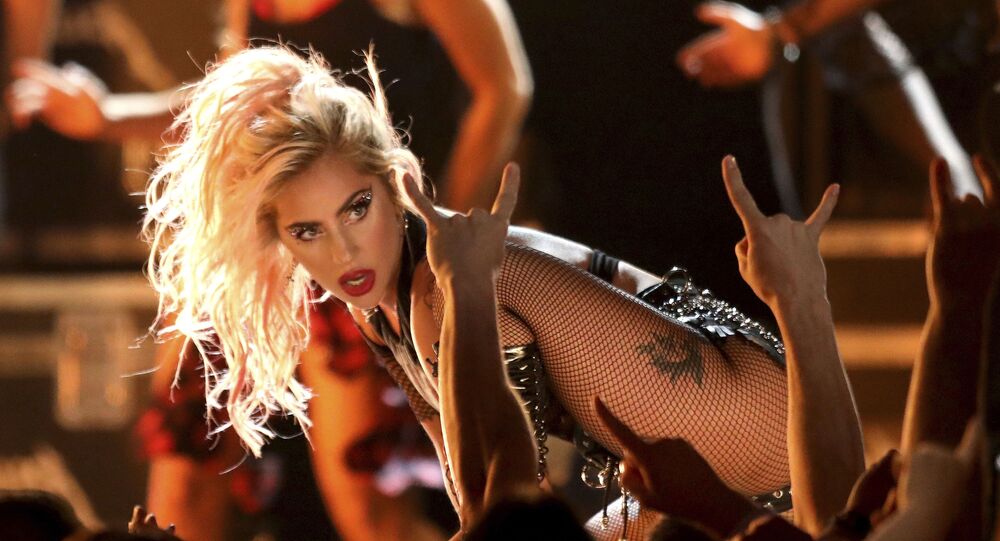 In March 2020 the larger-than-life pop icon Lady Gaga officially announced her next album "Chromatica” was to drop on 10 April in her first studio release since 2016's "Joanne."

​The A-list superstar is pictured on her knees, arched backward, with her rear facing the camera.

The set, put together by Belgian artist Frederik Heyman and creative director Nicola Formichetti, complements the sci-fi aura exuded by the video to Lady Gaga’s first track on the new album - the single “Stupid Love”.

Using 3D scanning and CGI, the creative team depicted the singer hooked up to a network of cables, with her scalp and lower leg removed, revealing a robotic core.

Fans who have been anxiously anticipating the new album by Lady Gaga were quick to voice their admiration, with many touting their idol as nothing short of “brilliant” and a “queen”.

Queen thank you for the serve pic.twitter.com/UhRj175CTs

I love it so much! Can’t wait for you to take us to #CHROMATICA! ❤️ pic.twitter.com/33xd5FvXml

ONE OF YOUR BEST MAGAZINE SHOOTS I FEAR FOR THE GALS pic.twitter.com/9oGgS6h1BM

she's got a point, she's an icon, she's a legend and she is the moment

She really is back! 😍

Your best visuals since years

​Some fans even pleaded with the artist to drop the album sooner, citing their coronavirus quarantine concerns.

What if you release the album early for us to enjoy the quarantine? 👀
Or maybe even one track to get the taste of the album. 😋💗#Chromatica

​Some netizens, however, pointed out a perceived similarity with earlier futuristic cover shoots of other artists.

This looks like Christina Aguilera's (@xtina ) #Bionic.
And it is also very equal to @arca1000000 -
again copying? pic.twitter.com/wiFFcmN3uT

​In a candid interview for the same magazine, the entertainer confessed the single “Stupid Love” was almost ditched as the lead track after it was leaked in January.

“There was a minute where me and my manager, Bobby, were talking, “Do we change the single?” We’d just spent months and months developing this video and choreography. And I said, “Nope!”” said the Grammy winner.

“You know why? Because the song, when it’s mixed, mastered and finished with the visuals, and everything I have to say about it — when all those things come together at once, that will be the art piece I’m making.. Not a leak,” added the singer.

In the interview the 33-year old celebrity also spoke candidly about her struggles with clinical depression, past traumas and her 2017 Fibromyalgia diagnosis – issues she had earlier touched upon when appearing on talk show Oprah Winfrey’s 2020 Vision arena tour in Florida in January.

“I will do whatever it takes to make the world dance and smile. I want to put out a record that forces people to rejoice even in their saddest moments. And by the way, I’m not standing over here with a flag going, “I’m all healed, everything’s perfect.” It’s not; it’s a fight all the time. I still work on myself constantly. I have bad days, I have good days.””