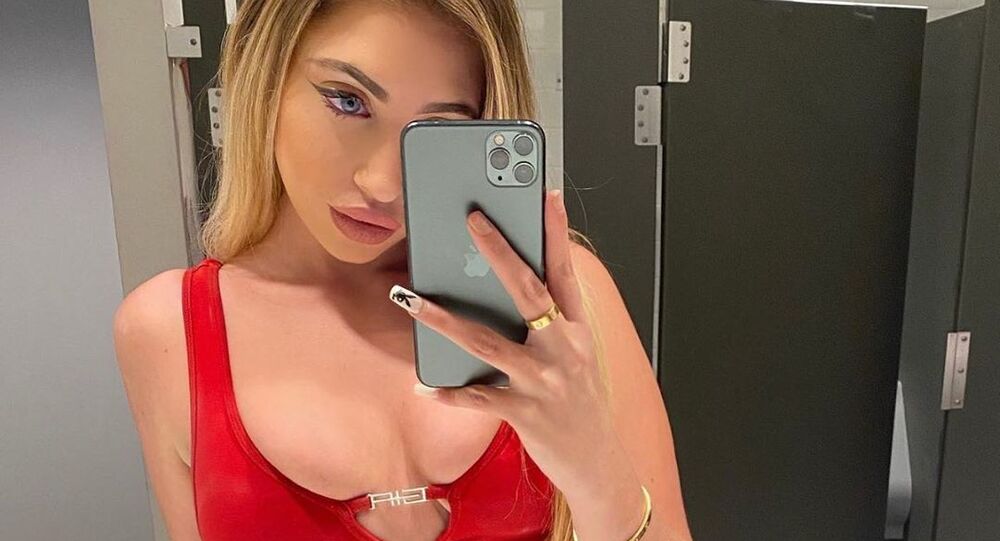 What is the dirtiest thing you’d do to become famous? This young lady took the word ‘dirty’ quite literally. Her toilet-licking stunt appeared rewarding, as she revealed earning $4,000 thanks to the surge in publicity that followed.

TikTok and Instagram content-maker Ava Louise has gone out of her way to earn her 15 minutes of fame – defying fears of the new coronavirus in the most unconventional way one could imagine.

In a now-viral six-second TikTok clip, Louise filmed herself licking an open front toilet seat in an airplane bathroom.

“Please RT this so people can know how to properly be sanitary on the airplane,” she wrote alongside the video, with the caption “Coronavirus Challenge”.

Please RT this so people can know how to properly be sanitary on the airplane 🥰😅 pic.twitter.com/x7GX9b4Lxc

The video has racked up millions of views, spawned several copycats and generated quite a feedback on Twitter.

Yeah she is in for Corona Challenge😝😍

This is on a plane too and i think she did better than her #COVIDー19 pic.twitter.com/mnX8l7DWP5

who else participating in the corona virus challenge today pic.twitter.com/WJTw6teSqs

“She should be arrested for encouraging [people] to get infected,” one user suggested.

Another joked: “This is now the primary reason everyone hates white people”.

Still another wrote, “Every single day we keep proving that this man was right,” next to a picture of Charles Darwin.

Every single day we keep proving that this man was right. pic.twitter.com/pxWgduySiT

Louise, who also puts out hip hop tracks, revealed that she had actually disinfected the seat with Clorox for 40 minutes before licking it.

In a series of Instagram stories, she said she had made $4,000 thanks to “breaking the internet”, and that she “need[ed] Trump to retweet this.”