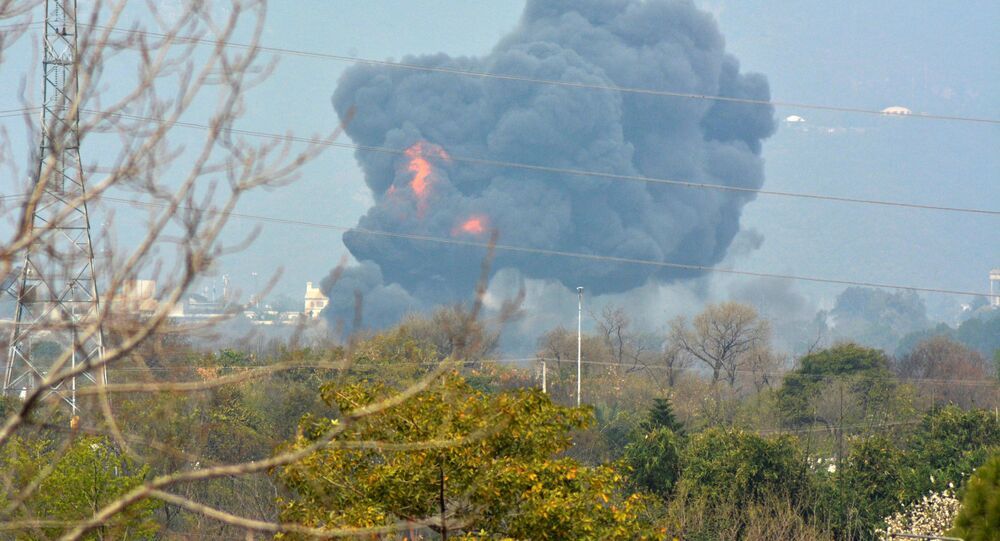 New Delhi (Sputnik): In an inadvertent incident, a Pakistani Air Force F-16 fighter jet crashed on 11 March during rehearsal for a "Pakistan Day" parade, leading to Wing Commander Nauman Akram losing his life in the incident.

The crash and tragic death of an F-16 pilot in Pakistan  has turned into a matter of personal embarrassment for a news anchor in the country after she confused “ejection” with “ejaculation” during a news programme, evoking ridicule on social media.

In a video snippet from the Urdu language station Neo TV in Pakistan, the anchor says: “The pilot didn’t ejaculate but rather utilised the crucial time to take the jet into a less populated area”.

The anchor made the gaffe while hailing deceased F-16 pilot, Wing Commander Nauman Akram, for steering the aircraft towards a woods in Shakarparian instead of ejecting, which could have led to a crash in a populated area and caused casualties.

The hilarious goof-up, which would obviously leave anyone red-faced, caught netizens' attention on social media who are leaving no stone unturned to troll her over the mistake.

F-16 fighters in Pakistan are now sex toys. If you do not ejaculate, you crash and die. pic.twitter.com/EFtlyddKi6

Do our qualified anchors even know what ejaculate means!!!!! Tauba hai!!! pic.twitter.com/Ly6C8cFZR8

.@OfficialDGISPR You guys must train your boys to "ejaculate" in times of emergencies!!😛@TarekFatah In your words, how does one country produce so many rectums?@arifaajakia @nailainayat pic.twitter.com/n1jGS9ePWA

​On 11 March, a Pakistani Air Force F-16 fighter jet crashed in Islamabad when it was rehearsing for the "Pakistan Day" parade to be held on 23 March. The crash took place when the pilot Akram was attempting a manoeuvre mid-air. The PAF has ordered a Court of Inquiry into the accident to know the exact reason for the crash.