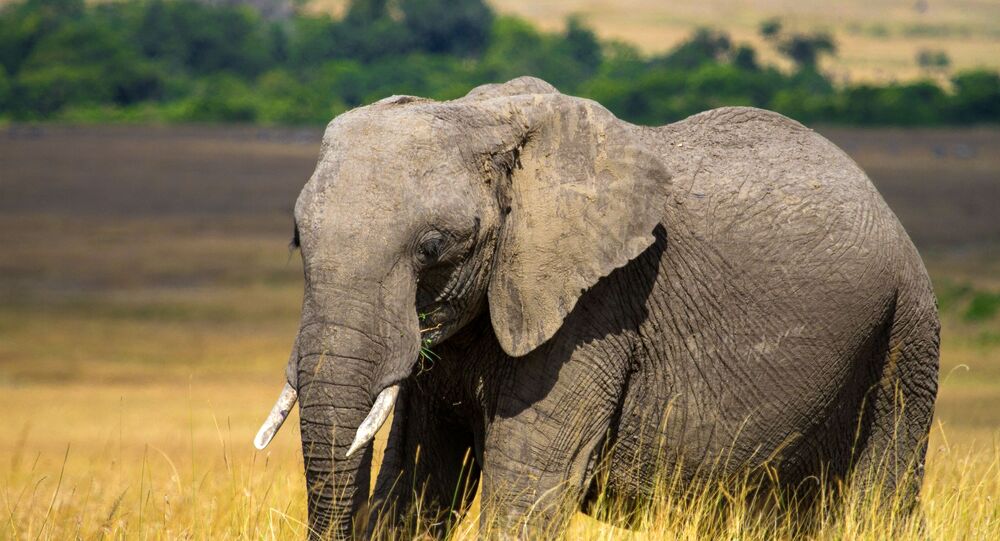 New Delhi (Sputnik): A viral video of a massive elephant being shot by protectors of an Indian forest has raised questions over their involvement in running an organised poaching racket and insensitivity. India is home to the largest number of Asian Elephants, with a population of 27,000 according to the latest census.

Bollywood actor Randeep Hooda, who is also the Ambassadors for Migratory Species, has slammed the Forest Department of India over its staff members insensitively firing at an elephant in Karnataka, demanding action be taken against them.

Following the backlash, the Karnataka Forest Department reportedly sacked one of the staffers while others' roles in the affair was being investigated.

The video footage, going viral on social media, shows a tusker trying to escape gun-wielding forest staff shooting at the elephant as another filmed the act. The hapless animal can be seen growling and falling into a pit as the men chased it. However, the tusker narrowly missed being shot.

How’s this even possible? Is this really someone’s idea of fun ?? Karnataka FD , please look into the matter urgently. The culprits need to nabbed and punished immediately @aranya_kfd @moefcc @CentralIfs pic.twitter.com/phDKCxhn0L

The incident was reported to have taken place on 7 March in the Bandipur Tiger Reserve (BRT).

“The method adopted reeks of immaturity. One is they don’t need to shoot towards the direction of the elephant. Secondly, the thrill they derive of the act is clearly evident. If the act was correct in the eyes of the forest, they wouldn’t have made this comment to a Bangalore scribe", said Hooda, the actor from the acclaimed film Sarabjit.

Others also slammed the forest department and said mere sacking was not enough, stating those involved should be booked for a crime.

It's so disgusting😠,Such poachers have free run at many forests reserves,& is even the environment minister bothered about this?
He believes in sanctioning forests lands to industrialist :((

removal and internal inquiry? these people need to be put behind bars