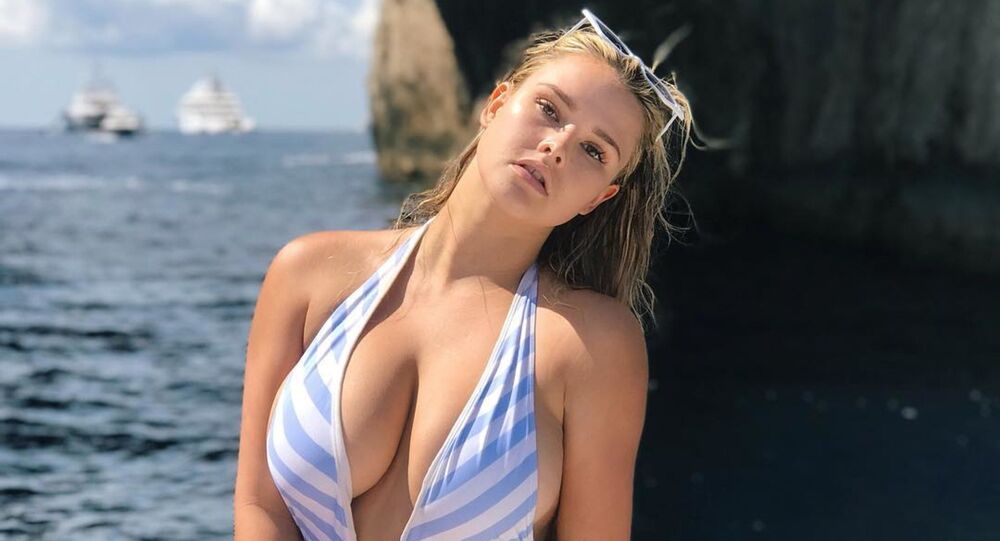 The busty blonde shot to fame overnight on 1 June 2019 during the UEFA Champions League Final, as part of her master plan to make enough money to retire by the age of 30.

Kinsey Wolanski, the prankster who streaked during last year’s Champions League final, has apparently had her ankle injured during a skydiving accident.

Wolanski, 23, was filmed lying on the ground in pain after the fall as she was attended to by medics.

“It was a really windy day skydiving and I dropped around 20 feet (6 metres) straight onto my ankle on the landing,” she wrote in an Instagram post.

It appears Wolanski is doing well, since the update was part of an ad for an energy drink she was sipping at the end of the video.

The Los Angeles-based YouTube star made headlines when she halted an otherwise lacklustre Champions League final between Liverpool and Tottenham last June, running across the pitch in a skimpy swimsuit.

The cameras cut off her appearance and she was fined $17,000, but that sum was out of all proportion to the millions she made from the publicity that ensued.

She has since been treating her ever-growing Instagram following (currently 3.6 million) to racy snaps from tropical vacations.

She said after her stunt: “By the time I’m 30 I plan on making enough money to retire, and streaking at the Champions League will only help me achieve that.

“I plan to do a lot more streaking to raise my profile. After I was released from jail I had gone from 300,000 followers on Instagram to over two million. You can’t buy that kind of publicity. Suddenly, I was famous all over the world and had job offers flooding in.”