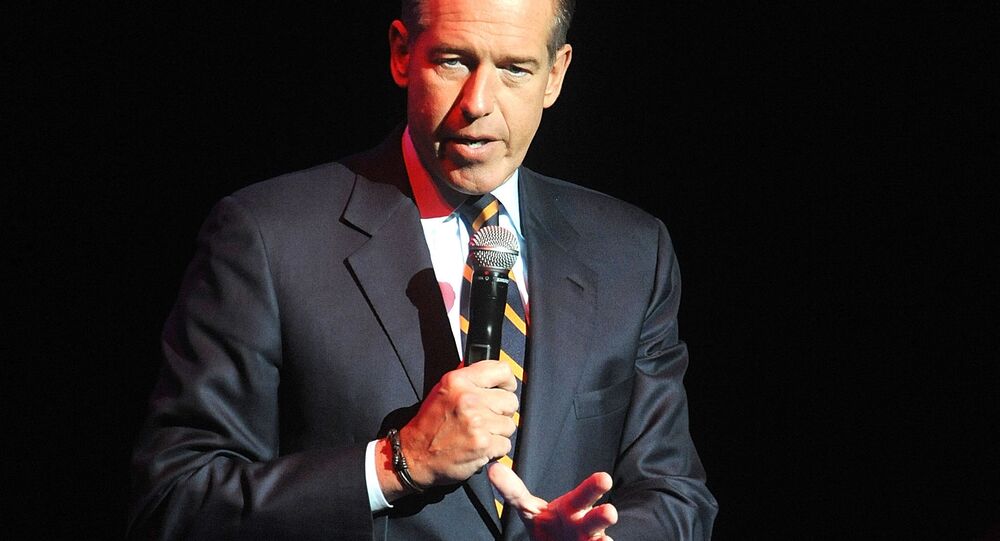 MSNBC’s Brian Williams and New York Times editorial board member Mara Gay were taken back to school by netizens on Friday after they both failed to demonstrate basic math skills Thursday night in reference to former New York City Mayor Mike Bloomberg’s spending in 2020 campaign advertisements.

While discussing the spending by Bloomberg during his short-lived attempt at securing the Democratic nomination, “The 11th Hour with Brian Williams” host referenced an impassioned tweet authored by journalist Mekita Rivas which said:

“Bloomberg spent $500 million on ads. The US population is 327 million. He could have given each American $1 million and still have money left over. I feel like a $1 million check would be life-changing for most people. Yet he wasted it all on ads and STILL LOST.”

"enough to give each American a $1M check"

This wasn't just a slip
It passed muster w/ producers & they even made a graphic#DamUDum pic.twitter.com/bPPMNmDFQn

“When I read it tonight on social media, it kind of all became clear,” Williams said before narrating the tweet.

While many would agree that “there’s too much money in politics,” the math behind the example clearly doesn’t add up, considering the fact that there are more than 500 people in the US. While the host made an apology after returning from a commercial break, the internet caught hold of the footage and, well, the rest went as expected.

Brian Williams just shared this on screen like it was accurate, and did it with enough confidence he had me pulling out a calculator and thinking *I* was tripping. pic.twitter.com/YtUfV0LuqX

Serious question: how does something like that happen when so many people have to view the graphic beforehand? As a viewer it seems like everyone was more concerned about the narrative than the actual facts

This is just unacceptable for a major cable show:
I’m not sure what’s worse...
The @nytimes reporter flubbing the math, Brian Williams face planting the math or @MSNBC producers not doing basic fact checking before creating that full screen for tv? https://t.co/m6NadeAzR0

SERIOUSLY. YOU TWEETED THIS @MARAGAY. I'm getting a headache. pic.twitter.com/IR2GkPA5KS

Tonight on the air we quoted a tweet that relied on bad math. We corrected the error after the next commercial break and have removed it from later editions of tonight’s program. We apologize for the error.

Gay appeared to own up to her poor math skills in a Friday morning tweet.

Even Rivas has protected their tweets as a result of the incident. “I know, I’m bad at math,” they noted in their updated bio.

To be fair, Bloomberg would have been able to cut each American a check from the amount of cash he poured into his campaign ads. Those checks would only be for around $1.53 apiece, though.