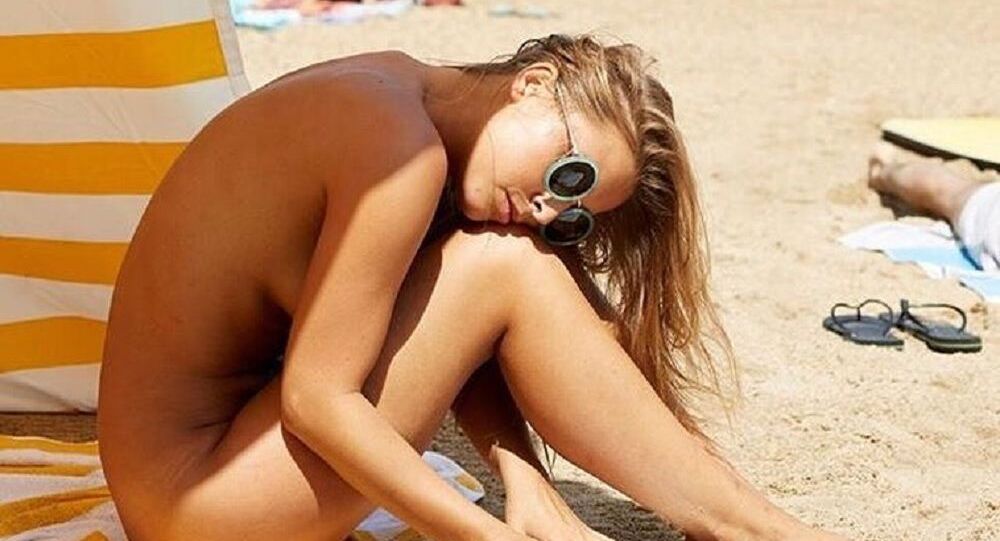 The contentious internet diva has long been in the viral news headlines for repeatedly baring it all in very different corners of the world. She started off her sassy antics in Luxor, Egypt, and has since been travelling the world flashing her private parts in Turkey, Israel, the US, and even Iceland.

Controversial Belgian playboy model Marisa Papen may be facing three years in jail in Turkey for partaking in a saucy nude photoshoot two years ago, when she posed at Istanbul’s signature Hagia Sophia, the ex-Byzantine church-turned museum, according to the Turkish media outlet Milliyet.

For the photo shoot, which she had arranged at the mosque together with Australian photographer Jesse Walker for his label ENKI Eyewear, then 27-year-old Papen donned the Islamic burqa over her naked body, which she sassily teased lifting the garment in front of the camera lens.

Separately, she had lain naked on a Turkish flag in Cappadocia, Turkey’s central distinctively rocky region.

The respective pictures circulated online have caused an uproar and reportedly led to an arrest warrant. An investigation is understood to be in full swing over her antics, which have earned her a reputation as a “shock model".

According to Turkish media, the probe centres around Marisa committing "deceiving acts" and "publicly humiliating the state's sovereignty". The charged model hasn’t yet commented on the investigation itself.

Marisa, who was named Miss January by Playboy Germany back in 2017, defended her bare-it-all stunt in a mosque querying in 2018, as cited by the Daily Star: “How can it be offensive?”

Back in January, the model famously claimed she loved the "danger" of her naked mosque shoot, apparently referencing the adrenaline rush she had while challenging Muslim ethics.

This isn’t the first time Marisa, who portrays herself as a "free-spirited and wild-hearted expressionist", has hit the headlines.

Last year, she released an explicit anti-religion video showing "Christians, Jews, and Muslims" performing sex acts, as well as took a naked stroll through Williamsburg in Brooklyn, New York - home district to the largest Hasidic Jewish community in the US. The scandalous Belgian also stripped off in the Vatican, mimicking the Virgin Mary holding a black baby Jesus.

Still, it was her imprisonment for posing naked at an ancient Luxor temple in Egypt in April 2017 that overnight shot her to internet prominence.

Independently, the Playboy model recently posed for a slew of pictures on Icelandic glaciers, in a bid to emphasise climate issues under her project "PLASTICSUSHI". "I had to strip off and lie on the ice", the lady said, adding it was indeed a “challenge” since no other person was “jumping around laughing".