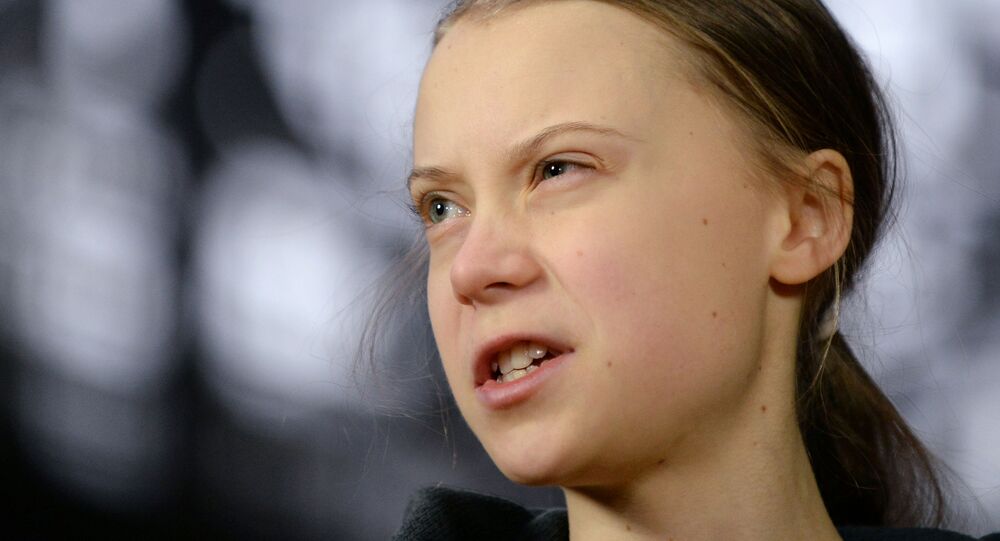 In recent years, 17-year-old Swedish environmental activist Greta Thunberg has managed to gain both a lot of fans and haters, thus it’s not very surprising that she has also repeatedly been the target of numerous pranks.

An image of a purported Greta Thunberg sex doll has been circulating on social media for several days now. The pic was reportedly initially published on an imageboard known for mocking as well as controversial content and was accompanied by a description that the supposed creator of the doll had spent $3,400 on developing it. The caption also indicated that the voice of the toy is programmable, as it is supposedly able to deliver naughty, but environment-related, comments during sexual acts.

“Its being constructed by a Japanese company. She will be here in 2 more months”, the description of the image claimed.

​While the publication stirred outrage among social media users, considering the fact that the prominent environmentalist is also underage, many rushed to Twitter to suggest that the story about a Greta Thunberg sex doll is nothing more than a prank.

Many argued that it could have originated on the image posting board 4chan, which is well-known as a source of anonymously made Internet memes, jokes, and user-generated images. It has also been repeatedly criticised for allowing illegal content to be posted as well as inciting harassment and violence.

“Don’t know what’s funnier, 4ch making s**t up or twitter falling for it”, one social media user wrote as the image of the fake Thunberg sexbot was shared online.

That’s disgusting, but as others have pointed out -

1. It’s a Chan site. They exist to agitate & the predominate user base have a collective net worth in the real world of $8.37

The stories and information posted here are artistic works of fiction and falsehood.
Only a fool would take anything posted here as fact.

It's on 4chan, it must be true

Some netizens, however, remain unconvinced that the idea of creating a doll in the likeness of the teenage activist has not actually crossed someone’s mind, dismissing the notion that it was just a joke – albeit an inappropriate one. Debate on the matter has been ongoing for several days.

Humanity is broken, Where is the restart button?

Greta Thunberg’s persona has previously been used to mock both Vermont Senator and Democratic presidential candidate Bernie Sanders as well as US Congresswoman Maxine Waters. Russian pranksters Vladimir Kuznetsov (Vovan) and Aleksei Stoliarov (Lexus) called the politicians, with a woman pretending to be the teenage environmental activist, to discuss ecological problems and joint efforts to combat climate change.

© AP Photo / J. Scott Applewhite
Rep. Maxine Waters Promises Russian Prankster Posing as Greta Thunberg to Save Fictitious Island
In the case of Waters, the pranksters also tried to convince the 81-year-old congresswoman to help Thunberg save Chunga-Changa, a fictitious island from Soviet cartoons. Vovan and Lexus previously made a call to American actor Joaquin Phoenix posing as Thunberg and her father. The recordings of the conversations have shown that the pranks were quite successful, as it appeared that both the politicians and the actor fell for them.
...
Reddit
Google+
Blogger
Pinterest
StumbleUpon
Telegram
WhatsApp
181
Tags:
Maxine Waters, Bernie Sanders, environmentalist, Russia, Sweden, Greta Thunberg
Community standardsDiscussion