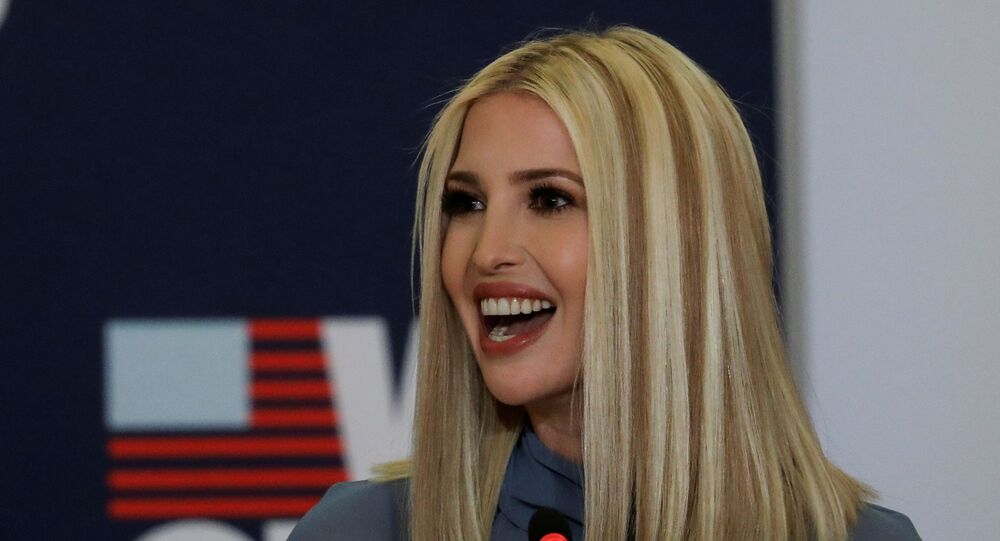 'What a Surprise!' Netizens Sarcastic over Ivanka's 'I'm A Proud Trump Republican' Statement

White House aides Ivanka Trump and her husband Jared Kushner were previously registered Democrats, donating to Democratic politicians in their home state of New York, with neither voting in the 2016 primary election after missing the October 2015 deadline to register as Republicans.

Donald Trump’s eldest daughter Ivanka Trump is finally, officially, a Republican, as she was quoted by The New York Times in a Monday interview as saying:

"I am a proud Trump Republican."

The White House aide opened up that she officially made the switch to Republican from Democrat on 22 October 2018, enabling her to vote for her father in New York’s GOP primary.

“I believe he’s broadened the reach of the Republican Party, which is really important to me,” Ivanka Trump was quoted as saying.
© REUTERS / Alex Brandon/Pool
White House Senior Adviser Jared Kushner and his wife Ivanka Trump arrive for a state banquet at Rashtrapati Bhavan, in New Delhi, India February 25, 2020.

As she touched upon her political transformation, the US President’s daughter said she was not “going to speculate” on how others perceived her:

“In areas outside of my portfolio, I tend to agree more with the more conservative viewpoint more often than where the Democrats are today. No one person or party has a monopoly on good ideas.”

Twitter users weighed in on the news, with opponents of Donald Trump taking the chance to lash out at the US President’s daughter.

She's as monstrous as her father. If not at times worse for her calculated personal manipulation of his office and the one he gave her, for profit.

Well, of course,she is. They were all Democrats until they realized the massive amount of profits were available by fraudulently being Republicans. And,then it became a reality. They are fraudulent republicans.

Pride before the Fall ( pun intended). See you in November

Well at least she admits they are not just the republicans anymore, they are trump republicans.

What she really means is her old friends won’t talk to her anymore.

She’s an embarrassment, a grifter and needs to pack her bags and leave DC.

​Some users made sarcastic comments regarding the “revelation”.

THIS JUST IN: SHE'S A TRUMP AND A REPUBLICAN.

​Some were quick to speculate on what the statement by Ivanka Trump might be hinting at.

You realize she will run for office as the torch-bearer of Trumpism, right?

This was an announcement.

​Prior to their political shift, Ivanka Trump and her husband Jared Kushner, also a White House aide, were registered Democrats who donated to Democratic politicians in their home state New York. The two did not vote in the 2016 primary election, having missed the October 2015 deadline to register as Republicans.

Jared Kushner, who also recently registered as a Republican, was cited by The New York Times as confiding to reporters at a campaign briefing in December 2019:

"I was not a Republican… Now I'm a Republican. I think the Republican Party is growing now that people like me feel comfortable being part of it.”

The couple are currently in campaign mode ahead of the elections in November, with Ivanka Trump headlining a spate of fundraising events for her father, and speaking out following his acquittal in the Democrat-launched impeachment process against him.

Ivanka Trump went on Twitter to urge the country to move forward "together" after the Republican-controlled Senate voted to acquit Trump on both articles of impeachment that he faced.

This factional fever and incoherent, ill-conceived process has finally ended and the President has rightfully been acquitted. It is time for our Country to move forward. Together.

POTUS has accomplished so much and is just getting started.

The best is yet to come! 🇺🇸

US Taxpayers Wondering What ‘Grifter Barbie’ Ivanka Is Doing in India