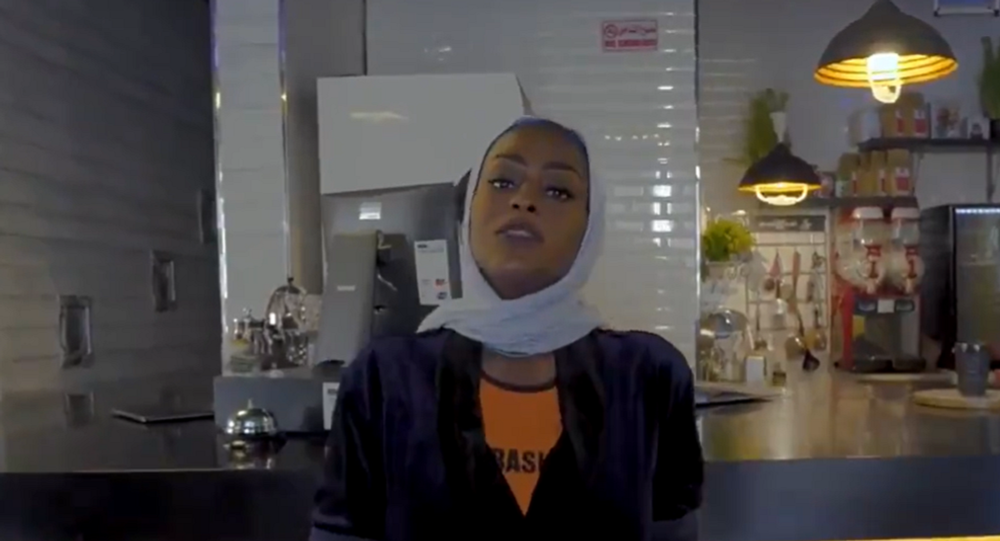 Saudi officials have ordered the arrest of Saudi Arabian female rapper Ayasel Slay over her song “Bint Mecca,” or “Girl from Mecca,” claiming that the track’s music video is offensive to the holy city of Mecca, which is believed to be the birthplace of the Prophet Muhammad.

“Prince Khalid bin Faisal of Mecca has ordered the arrest of those responsible for the ‘Bint Mecca’ rap song, which offends the customs and traditions of the people of Mecca and contradicts the identity and traditions of its esteemed population,” the translated tweet states.

In addition, authorities have ordered that the production team behind Slay’s music video be prosecuted, Al Jazeera reported.

In the music video, Slay raps in a cafe surrounded by smiling children.

"A Mecca girl is all you need / Don't upset her, she will hurt you," Slay raps in Arabic, noting how women from Mecca are more powerful and beautiful than other Saudi women.

"With her, you can complete the Sunna [get married] / Your life with her will become Paradise," Slay adds.

Although the song has been removed from Slay’s now-suspended YouTube channel, the video still appears on other channels on the platform.

The video was met with widespread criticism online, which saw the hashtag #You_Are_Not_Mecca's_Girls trend on Twitter.

​Many Twitter users did not consider Slay to be a Mecca girl because she is allegedly of Eritrean descent and has dark skin.

"Enough of this depravity. I hope the punishment for this African woman will be imprisonment then deporting her back to her country,” one Twitter user is quoted as saying, according to Al Jazeera.

Other Twitter users defended Slay, claiming that the critical social media reaction to her skin color and ethnicity was racist.

This is not the first time that a Saudi rap song has gone viral. A rapper identified as Leesa A released a music video in June 2018 celebrating the lifting of the decades-old ban that prevented Saudi women from driving. However, that video did not receive backlash.

Crown Prince Mohammed bin Salman announced the Saudi Vision 2030 program on April 25, 2016. The initiative, which includes 80 projects costing between $3.7 million and $20 million each, is intended to help decrease the kingdom’s dependence on oil for its income, increase government spending on its military and develop public service sectors for health, education, recreation and tourism by 2030, among other goals.

However, despite the country’s liberalization drive, Saudi authorities continue to arrest activists, according to Human Rights Watch. Many of the activists are tortured with electric shocks, whippings and forcible hugging and kissing. In addition, Saudi Arabia was criticized heavily following the October 2, 2018, murder of prominent Saudi journalist and US resident Jamal Khashoggi.