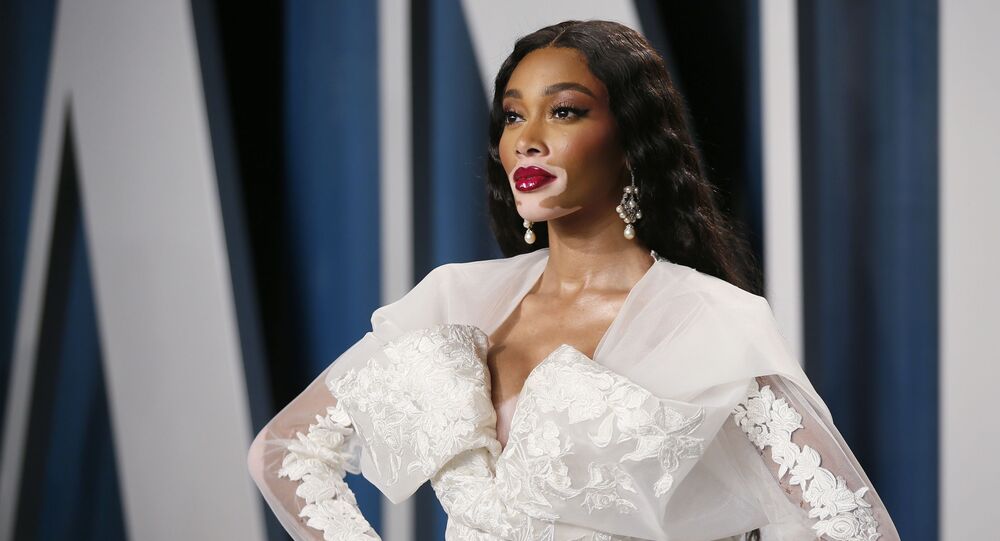 New Delhi (Sputnik): Canadian supermodel Winnie Harlow was diagnosed with the skin condition vitiligo when she was four. However, this never stopped her from chasing her dreams of joining the glamour industry. Harlow, of Jamaican ancestry, has graced the catwalk for London Fashion Week and for brands like Victoria’s Secret.

Canadian stunner Winnie Harlow has made it to the fashion history as the first model with vitiligo. However, she bristles at the idea of being slotted into a special box. She has revealed her family was equally supportive of her decision to join the modelling industry except for her father.

“It may sound surprising, but I was never cautioned by my family or anyone around me because of my skin. My dad, however, did express concern because he didn’t believe one could make money as a model, especially as an immigrant", the supermodel told Vogue India in an interview when asked if her family was ever concerned about her choosing a career that has historically been based on a set of physical attributes.

Harlow said her father wanted his kids to go into the army.

“…Dad wanted his kids to go to the army and get a free education (typical ‘dad’ thoughts). Initially, I wanted to be an entertainment journalist and I decided to go to university to study media. My mother was happy with that, but though I tried to model at the same time, I wound up dropping out and pursuing modelling. I figured school would always be there no matter how old I got, but a career in modelling is fleeting", she said.

Harlow was on a whirlwind 48-hour visit to Mumbai recently to be honoured at Vogue’s third annual Women of the Year Awards. During the acceptance speech, she said “It took a lot to get here and you have to keep pushing through".

She elaborated more on the lines in the interview for the March 2020 edition of the magazine.

“It’s all a learning process. I realise that I am considered a trailblazer, but it’s something I have to learn because no one has had to do it before. But I refuse to let it define me".

Harlow has wrapped up her first cover shoot for the magazine. During her trip to India, she gorged on her favourite childhood Indian delicacy Jalebi.

“I’m Jamaican, so I’m used to strong flavours and fragrant foods. And I grew up in Toronto, which is one of the most culturally diverse cities in the world. We had a lot of Indian children in school and there was a tuck shop we would all go to that sold food from different countries, like doubles from Trinidad and samosas and jalebis from India, all of which had such flavour", she said.

The Death of the Indian Supermodel Trend