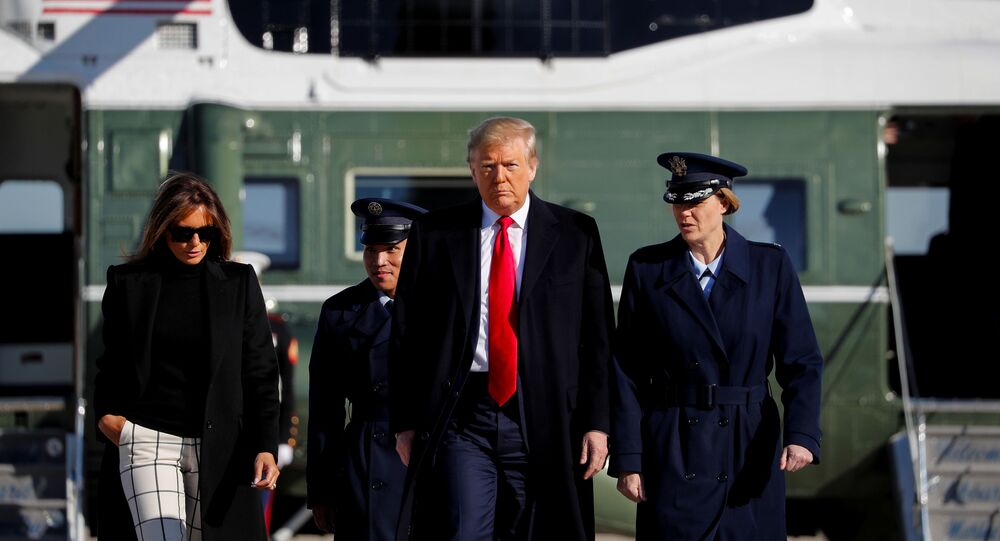 New Delhi: (Sputnik): As Day 1 of US President Donald Trump’s visit comes to a close amid widespread media attention on, netizens are having a field day online. From tweeting about Modi and Trump’s hugs to the latter’s signature at Sabarmati Ashram, it was quite a day for the Twitterati to put their creative juices to work.

US President Donald Trump’s visit holds strategic importance for India but it has also brought a big opportunity for many netizens to have a memes fest.

After making fun of his signatures and the ‘chemistry’ between Indian Prime Minister Narendra Modi and President Trump during their hugs, a section of netizens went on to roast the latter about his tweets in Hindi.

President Trump started tweeting in Hindi from the moment he left for India. His first tweet came about being on the way to India, followed by tweets during the 'Namaste Trump' event and on India-US friendship.

​Trump’s intent might have been right but the tweets in Hindi did not impress the netizens much as they seemed more like a word-for-word translation of English into Hindi.

​Someone disable his Google Translate https://t.co/H8IV47lkwo

Stop using Google translate. At least you could have hired someone who knew Hindi, to write tweets for you https://t.co/z4QTNu0wVk

​Now all eyes are on Tuesday to see if Trump will be tweeting similar statements.

On Tuesday, Trump flew from Gujarat in the afternoon to Uttar Pradesh in the evening to see the Taj Mahal, and has just arrived in New Delhi, where he will remain for high-level talks. The signing of a defense deal and discussions on a trade deal are believed to be on the table.