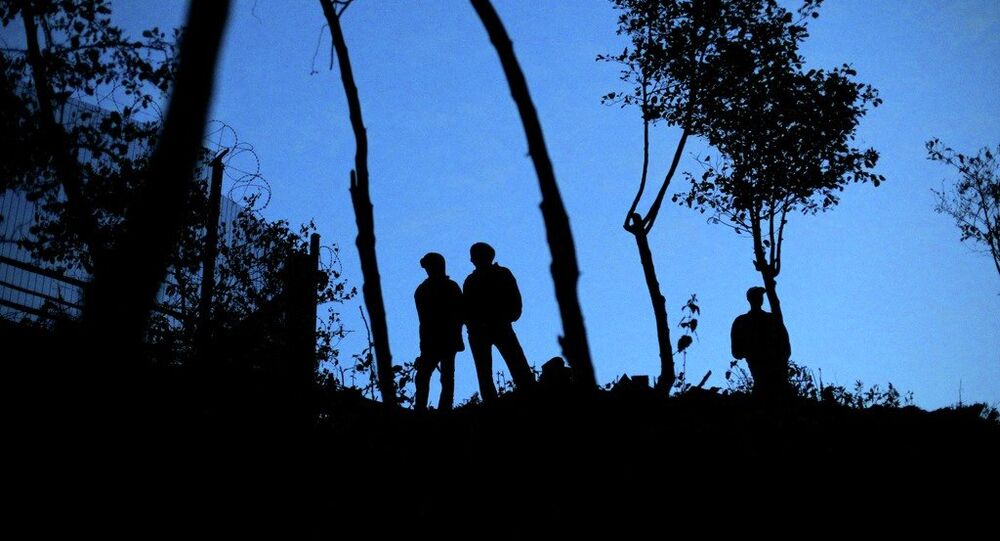 Lee Solway and his co-host 'Finchy' McFinch, who run a podcast with the giveaway title the Realm of the Supernatural, are busy seeking proof that enigmatic creatures, featured in folklore, exist and discuss their alleged sightings. One such beast has been seen near Humberside Airport, according to them.

An elderly couple and a man have spotted a 3-metre-tall creature that was "darker than the night" crossing the A18 motorway near Humberside Airport, author of the Realm of the Supernatural podcast, Lee Solway, claims, as cited by the local outlet Hull Live. The man, who allegedly witnessed what the truth hunter describes as a "black mass about 10ft tall" is his co-host "Finchy" McFinch, who also discovered two "deer legs" on the road nearby.

"He thought it was a ghost at first; he could see it had a humanoid form, but it was darker than night, and it just moved across the road. We went back the next day, and there was a hole in the bottom of the hedgerow so something could have crossed there," Lee describes the reported sighting.

He refuted any claims that it could be just poachers, asking: "Why would a poacher stop on the A18 to butcher a deer carcass?"

Lee has encouraged those who have witnessed similar or other creatures to share their experiences during a special convention, held at the end of February.

"We want to see if there are other witnesses who could come forward," he said.

Lee touted that the convention will discuss other strange sightings and creatures from local tales, for example, a half-man half-dog beast, known as the "Old Stinker," who is said to have been seen eating a dog. This is not the only strange thing, witnessed in the area, Lee insists.

"South of the river there's been quite a few sightings of a half-deer, half-man creature very similar to the 'puca' in Celtic folklore. You also get Bigfoot sightings that run up and down the A15," Lee added.