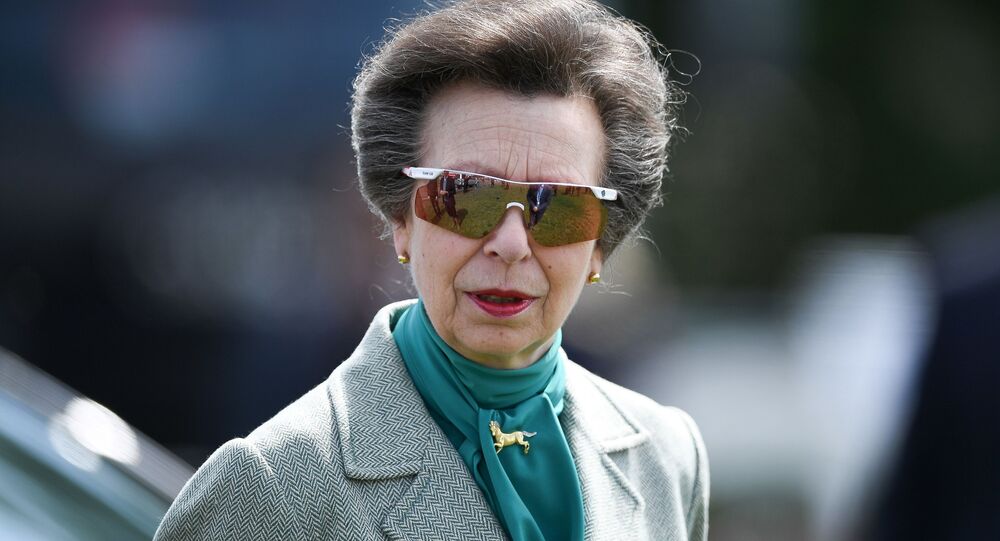 Princess Anne, Queen Elizabeth II’s only daughter, is considered to be a style icon by some. Although she is not too crazy about fashion trends, her position as the President of the UK Fashion and Textile Association has bestowed her with the obligation to attend the most celebrity-packed event of the season – London Fashion Week.

It took some efforts from the Princess Royal not to crack as she spoke to half-naked models during her fashion outing on Tuesday.

Princess Anne, the Queen’s second child, attended London Fashion Week to present Rosh Mahtani with the Queen Elizabeth Award for British Design and was eager to meet with the models who took part in the show – even though they were only wearing decorated chains and a hint of lingerie during the royal visit.

​Mahtani, who is known for her commitment to local manufacturing and sustainability, reflected in her Alighieri Jewellery line, looked radiant as she accepted the award from the royal.

The photos from the brief ceremony published on the royal family’s Instagram account were met with excitement from social media users who praised the princess’ elegant touch and hard-working nature. Some even pointed out that the princess was quite smartly dressed for the event herself. Perhaps even too dressed up, in comparison to others present in the room.

“Great color on the royal princess”, one of the users commented.

“I’ve always liked the Princess Royal she doesn’t suffer fools gladly and is a hard-working lady”, another user said.

Some, however, could not escape the feeling that the Princess Royal, dressed in a tailored green skirt suit, probably did not feel too comfortable in the company of scantily clad models.

she likes to keep abreast of the times.

​The ceremony marked the third occasion that the prestigious award was presented to a designer at London Fashion Week.