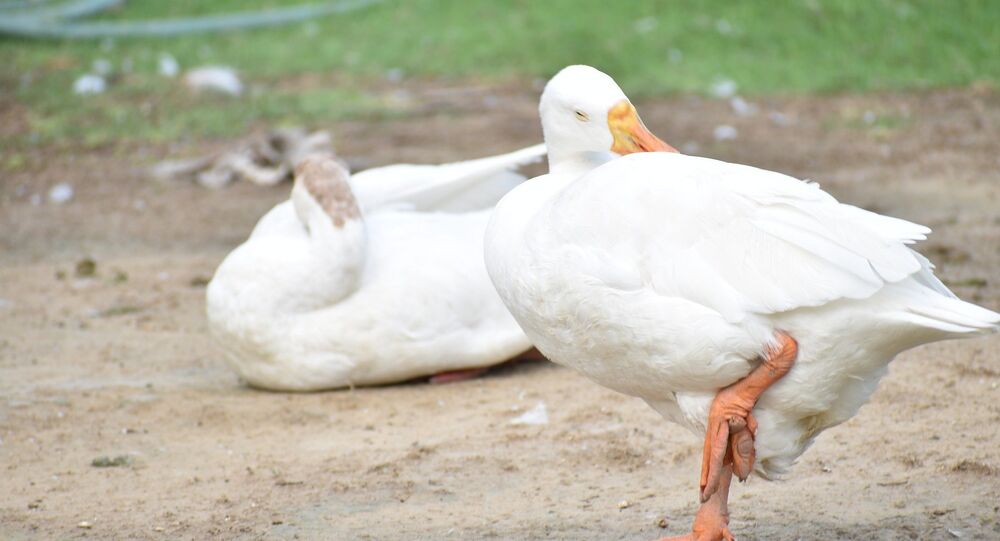 The worst locust outbreaks in decades has already hit several East African countries as well as Pakistan, which declared a national emergency and considered making an exception to a trade embargo with India to import pesticides. While India is buying drones to curb the coming swarms, locusts’ natural enemies are preparing for the battle in China.

A video of thousands of ducks, marching at the Chinese border as neighbouring Pakistan is battling the worst locust outbreak in decades, has been shared by the state-run China Global Television Network (CGTN). The broadcaster tweeted the clip with the caption "’Duck troops’ gather at the border to face locust swarms” which said that legions - 100,000 birds – are preparing for the potential emergency as 400 billion locusts are approaching China from the Indian-Pakistani border.

​Netizens could not resist the quacking agents, who can devour locusts, and flooded the comments with jokes and gifs.

I love this battle, its very organic pic.twitter.com/SF8pmK5mPl

Let me at em..... pic.twitter.com/wvhaqmSmfN

i would watch that movie

​Researcher at the Institute of Plant Protection of the Chinese Academy of Agricultural Sciences Zhang Zehua has told the news agency Xinhua that desert locusts are unlikely to move directly to China's inland areas, but the risk that the insects will migrate to the country in summer could sharply increase because of outbreaks abroad.

The swarms of locusts, devouring crops on their way, have already prompted the Pakistani authorities to declare a national emergency. The outbreak, deemed the worst one in two decades, has battered 40% of the crops there. The state authorities have considered importing insecticides from India, making an exception to the trade suspension over the Kashmir standoff, and getting help from China with chemicals.

The plague-like invasion of insects, said to be the worst in decades, earlier hit East Africa, namely Kenya, Somalia, Eritrea and Djibouti, with swarms spreading into Tanzania, Uganda, and South Sudan. The UN has warned that this could threaten 25 million people in Sudan with food shortages.